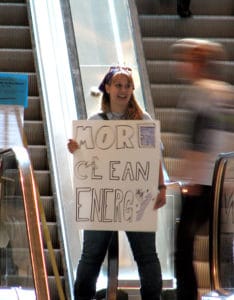 Meanwhile, the PUC is developing a smart grid plan and a set of action items to be completed over the next five years. The PUC planned to open a proceeding to determine the process in October.

The Oregon Energy Facility Siting Council responded favorably to the Energy Trust’s proposal to list CO2 offset projects that include reduction in emissions of greenhouse gases other than carbon.

Read the Washington State report for more on the efforts to get the Northwest off coal.