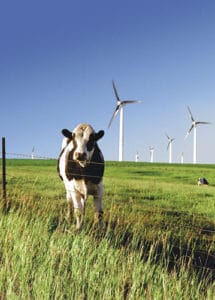 The Idaho Public Utilities Commission has approved a contract between Idaho Power and developers of the Yellowstone Power biomass project at the Emerald Forest Sawmill in Emmett. The project is being developed by Dick Vinson of Thompson Falls, MT.

According to the PUC, the combined heat and power project will generate electricity using steam that’s created while burning woody biomass at the mill.

The 15-year contract will deliver an average 10 megawatts per month, which qualifies it for special pricing under the federal Public Utility Regulatory Policies Act (PURPA), which requires utilities to purchase power from small generators. The Commission order said the biomass project will provide “steady, predictable generation for Idaho Power around the clock” and called the plant a “valuable addition to help diversify Idaho Power’s resource portfolio.”

In another Idaho Power renewable energy case, the utility has asked the Idaho Public Utilities Commission to approve a contract for an 80 megawatt Rockland Wind project near American Falls. The wind farm, being developed by Ridgeline Energy of Seattle, would consist of 44 turbines and would be operational by the end of 2011.

The application was filed as a PURPA contract (see above). While PURPA contracts generally are limited to projects 10 megawatts or smaller, larger contracts can qualify if the developer and utility can agree to a price that is close to what the utility would have paid if it had to generate or purchase the power from another source.

The PUC is taking comments on the application through proposal through Nov. 19.