Gone but not forgotten dept. – Efficiency Works! rides off into the sunset

Gone but not forgotten dept.:

Efficiency Works! rides off into the sunset 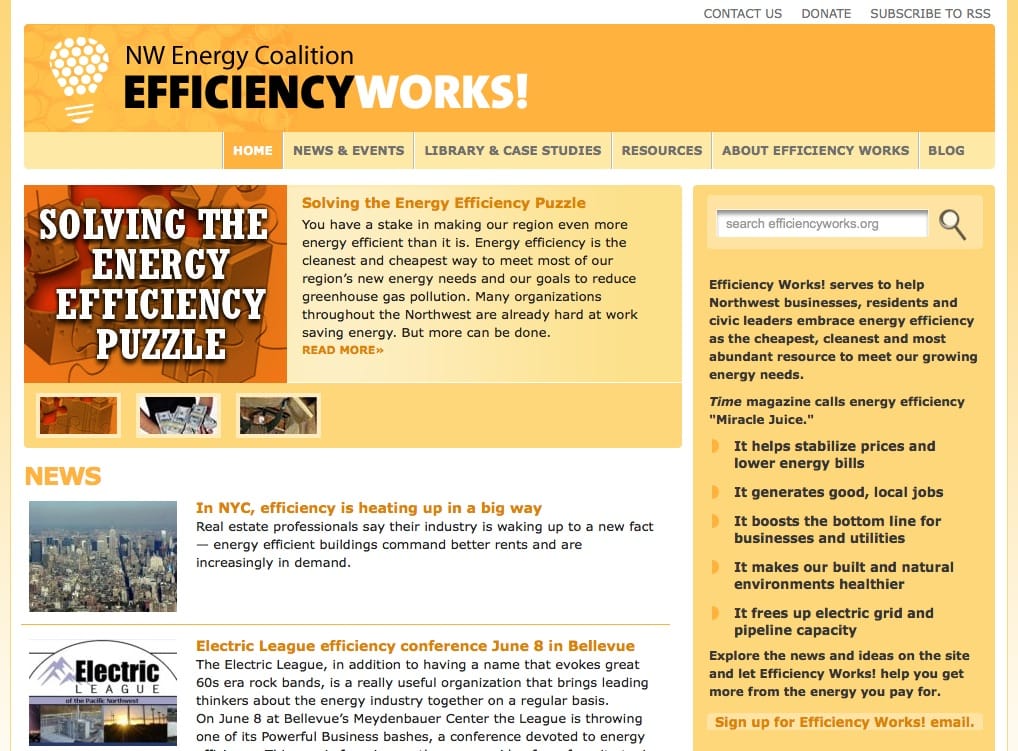 Meanwhile, the Efficiency Works! section of the Coalition’s website became a go-to resource for people interested in saving energy and cutting waste in their operations.

The project launched a “sticker campaign” to recognize thousands of businesses that participate in energy efficiency programs by providing them with window clings telling their customers that they share the Northwest values of common sense, waste reduction and environmentally sound energy efficiency. Original participants included Puget Sound Energy, Tacoma Power and Avista Utilities.

Efficiency Works! staff made countless presentations and appearances at energy efficiency conferences. They played central roles in adoption of new and better energy codes in Washington and Idaho that set regional models. And the education work of Efficiency Works! helped make the Sixth Plan as good as it is.

The project’s two-year run has ended. But the archives of the Efficiency Works! website remains, and its Idaho and Montana staffers, Ron Whitney and Diego Rivas, respectively, continue to work for the Coalition in policy roles, as does Efficiency Works! coordinator, senior policy associate Kim Drury.