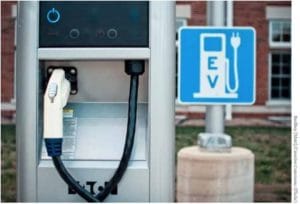 The Union of Concerned Scientists has released a new report, Going from Pump to Plug: Adding up the Savings from Electric Vehicles. The report compares fuel and maintenance costs of driving on electricity versus gasoline. For more, read the press release and How Much Does It Cost to Charge in Your City? blog.

While the environmental benefits of driving electric are becoming more well known, for many consumers the question of financial feasibility remains. Even with falling battery prices, electric vehicles (EVs) are more expensive to buy than conventional cars, although the federal tax credit and state and local incentives can make them competitive or even cheaper in some cases. However, the cost of ownership doesn’t end there. This study examines fuel costs in the 50 largest cities in the United States, and finds that EVs are cheaper than gasoline-powered cars to fuel and drive. In fact, compared to using the average new gasoline car, driving on electricity saves an average of almost $800 per year in fuel costs. To find your city’s EV savings, check out this interactive map.

In addition to being cheaper, the price of electricity is also more stable than gasoline. In the last ten years, the price of a gallon of gas has ranged by over $2.50, while the price of an equivalent amount of electricity has varied by less than 30 cents. The report highlights the importance of time-of-use (TOU) electricity rates to ensure the best deal on home charging, as in some areas using electricity without a TOU plan can cost up to the same amount as driving on gas. Drivers of battery electric vehicles will also see savings on maintenance; fewer moving parts means battery electric vehicles are more dependable and less expensive to maintain.