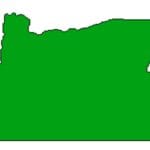 Gov. John Kitzhaber’s draft plan, released today, calls for meeting 100% of new power needs by getting more out of the power we already produce. That goal exceeds the 85% efficiency target established in 2010 by the region’s official power planning agency, the Northwest Power and Conservation Council.

Oregon utilities as a whole were responsible for 36% of regional utilities’ record efficiency savings in 2010, even though Oregonians comprise just 28% of the region-wide power demand.

“Our families and businesses appreciate the energy savings being achieved in this state,” Gerlitz said. “Including the 100% goal in the energy plan will help assure that all Oregonians enjoy the lower bills and cleaner air that strong utility conservation programs deliver.”

Gerlitz cited Energy Trust of Oregon figures on how its investments of funds from investor-owned utilities are benefitting consumers today. Those investments, for example, have:
Saved enough energy to power all Portland homes for a year and heat all homes in Pendleton for five years.

Reduced utilities’ costs for serving their ratepayers by $1.8 million.
Created 2,500 jobs and $90 million in wages and business income.
“These are real gains for Oregon’s economy and for Oregon families – many of whom are still struggling financially,” Gerlitz said. “Energy efficiency is central to building the clean energy economy and including the 100% goal in the 10-year plan will go a long way toward restoring prosperity throughout our state.”

Gerlitz said the Coalition looks forward to working with other public-interest groups, state officials and all stakeholders to finalize a strong 10-year energy plan for Oregon.

The Coalition also joined a diverse group of Oregon public-interest, environmental and clean-energy groups in issuing the following statement on the draft plan:

We thank Governor Kitzhaber for bringing Oregonians together to focus on a 10-year energy plan. A strong energy plan for Oregon requires both near-term and long-term vision and action.  Oregonians are increasingly concerned about the harm climate change is causing to our environment, economy and communities; the Governor’s plan is an important opportunity to accelerate our region’s transition from a fossil-fueled past to a clean energy future. We look forward to examining the draft’s content, engaging in next steps and forging a finalized plan that squarely addresses Oregon’s challenges and seizes our clean energy opportunities.