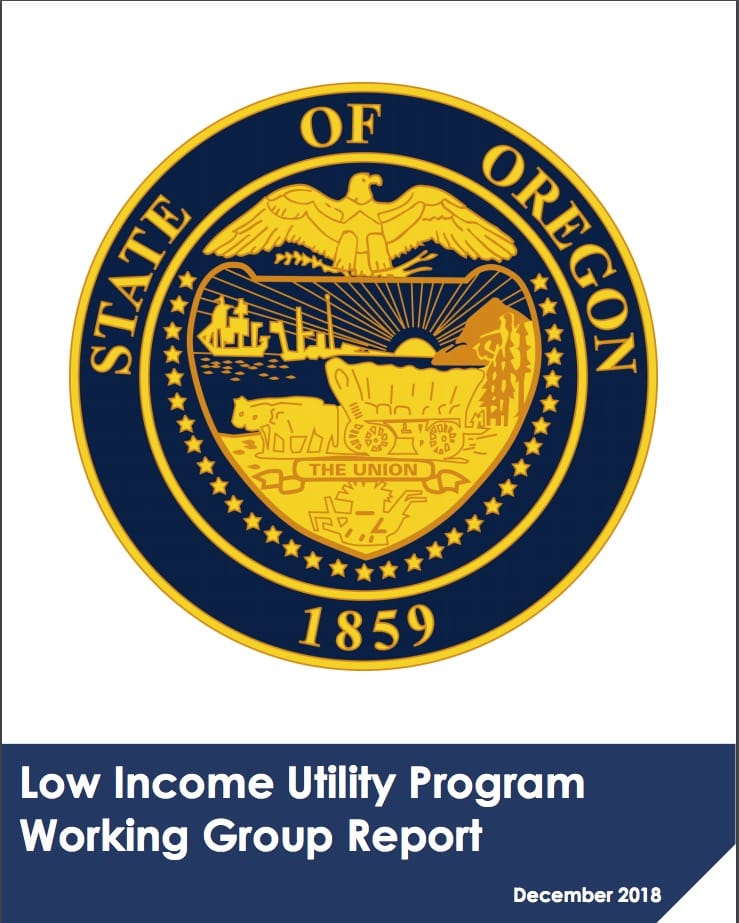 One in six Oregonians — more than 637,000 — live in poverty and for many of them the cost of energy is a major burden.  For that reason, in May 2018 Governor Kate Brown convened the Low Income Utility Program Working Group, which has now released its findings and recommendations.

Beginning with an inventory of existing energy assistance and low-income weatherization programs and funding resources, the Working Group identified a $345 million affordability gap, which represents energy spending by low-income households that is over and above 6% of their incomes — the national affordability standard.  That’s about $630 annually for an average low-income household.  Moreover, the $345 million gap exists after current low-income assistance, which comes to just $61 million annually, has been accounted for.

The challenge of closing the gap for low-income households is exacerbated by shortcomings in information and reporting.  At present, the state cannot comprehensively track which households are being served by which programs, nor can it assess the extent to which the assistance provided to low-income households addresses their energy burdens.

The Working Group’s assessments yielded four observations that are highlighted in the report.

Based on these and other findings, the Working Group concluded the report by making four recommendations for consideration by the Oregon Carbon Policy Office, the Governor and the Legislature.

The recommendationsare accompanied by suggestions for how they should be carried out.  Click here to download a PDF of the full report.