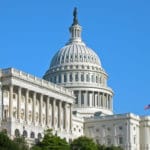 Budget bill a pleasant surprise for clean energy and the environment

To the relief of energy and environmental advocates, the U.S. House and Senate have come to an agreement on an omnibus spending bill that will preserve and, in some cases, increase funding for energy efficiency and renewable energy programs many of which were targeted for cuts in the Trump administration’s proposed budget.

· The Environmental Protection Agency whose funding will remain level at $8.1 billion. The administration had wanted to cut EPA’s budget allocation by a third.

· The Department of Energy’s Office of Energy Efficiency and Renewable Energy will receive a 14% increase after being targeted for a 66% cut by the administration.

· The DOE’s Office of Science, which includes the national laboratories, will receive a 16% increase over current funding

Also receiving an increase is the National Oceanic and Atmospheric Administration, which conducts ongoing research into weather patterns and the effects of climate change. The administration had proposed cutting NOAA by a third.

Funding for fossil fuel and nuclear energy research were generally expected to receive boosts and did.

In an encouraging sign for future legislative fights, a number of Republican legislators from the Midwest and Southwest helped defend renewable energy and energy efficiency funding suggesting that the rapid growth of these industries has perhaps enabled them to reach an economic and political tipping point.

The omnibus bill must be enacted by midnight Friday to avoid a government shutdown.