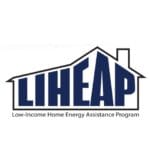 In addition to the good news that energy efficiency, renewable energy, and environmental programs avoided cuts and, in many cases, received budget increases in the spending bill signed by  President Trump today, there is more good news.

Congress increased by $250 million funding for LIHEAP, the Low Income Home Energy Assistance Program, and increased the Weatherization Assistance Program (WAP) budget by $23 million.  Both programs had been zeroed out in the White House’s proposed budget.  The Community Services Block Grant budget was left unchanged at $715 million.  And the Department of Energy’s State Energy Program, saw its budget grow from $50 million to $55 million.

Advocates for salmon and wildlife are also cheering because the budget bill does not include language proposed by Washington representative Cathy Morris-Rodgers that would have effectively vacated federal court orders requiring the agencies that own and operate the lower Snake River dams to conduct spills complete the preparation of a new plan for the restoration of fish populations.