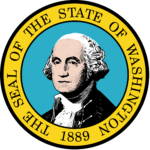 Passion and Paralysis on Climate Action

In Washington, standards for energy efficiency and the share of power utilities must acquire from renewable resources have been in place for eleven years – a period during which great progress has been made in reducing carbon emissions and the state’s clean energy economy has blossomed. But, the renewable energy standard will plateau in 2020 at a time when nearly a quarter of the electricity Washingtonians use still comes from polluting fossil fuels.

At a time when global warming is triggering immense wildfires, depleting fish and whale populations, and acidifying oceans, there’s a growing consensus that additional state action is needed. At the outset of this year’s legislative session, prospects seemed promising.

The Coalition also supported HB 2402, the Washington Clean Utilities Act, that would have continued reducing electric system greenhouse gas emissions beyond 2020 by expanding energy efficiency requirements and creating appropriate renewable portfolio standards for all Washington utilities, both investor-owned and customer-owned.

Other bills supported by the Coalition, SB 6424 and HB 2839, would have authorized alternative forms of regulation for regulated utilities and would have required the recognition of certain externalized costs of greenhouse gases when evaluating new resources. These measures would have had an immediate impact on the resource choices utilities make when acquiring energy and would have made Washington’s electric sector more flexible and responsive to real world changes.

Other noteworthy clean energy bills, HB 2995 and SB 6253, would have required that all energy acquired from fossil fuels be replaced with non-carbon emitting resources by 2045.

Despite a number of victories in committee votes and herculean efforts by Senators Reuven Carlyle, Guy Palumbo, and Kevin Ranker and Representatives Gael Tarleton, Jeff Morris, Gerry Pollet, and Beth Doglio, none of these measures were ultimately enacted. As a result, Washington is still without major clean energy legislation to build on the standards enacted more than a decade ago under I-937.   However, some of the more narrowly focused bills were successful.

HB 1622 was enacted and will provide a modest but critical funding increase for the state building code council, which sets standards for energy use in buildings. The newly enacted state budget provides additional funding for clean energy projects and low-income weatherization programs. And HB 2580, authorizing the creation of a voluntary standard for renewable natural gas also passed.

Other energy and climate-related bills were not brought up for floor votes but garnered enough support that they are likely to re-emerge next year when, if current electoral trends continue, a new legislature may be more amenable to action on clean energy and climate change.

These include HB 2327, which would create energy efficiency standards for products consumers use every day; HB 2338, which would establish a clean fuels standard for the state; HB 2931, which would allow local governments greater flexibility to adopt enhanced building standards HB 6187, which would authorize public utilities to incentivize electric vehicles.

In the meantime, the void that was left when the governor’s carbon tax proposal failed has been almost immediately filled by the Alliance for Jobs and Clean Energy, of which the NW Energy Coalition is a member. Earlier this week, the Alliance announced that it has filed papers for a ballot initiative called the Protect Washington Act.

That bill, which backers hope will appear on this coming November’s ballot, would reduce greenhouse gas emissions by assessing a fee on polluters. The resulting revenue would be used to make investments in renewable energy and energy efficiency, forest and water protection, and to help families and communities that are most adversely affected by pollution or whose livelihoods may be put at risk as Washington transitions to a clean energy economy.