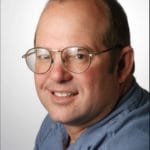 An informed counterpoint to the flawed EarthFix “Dams or Salmon?” video

Idaho Statesman reporter, Rocky Barker, a speaker at the NW Energy Coalition’s spring conference last April in Boise, has published the second piece in his series on the question of whether Columbia River salmon will ultimately survive.  This installment offers hope based on the fact that, as grid management technology and renewable energy resources evolve, the value of the four lower Snake River dams, which threaten salmon with extinction, is rapidly diminishing.  Barker writes about the changes in energy technology and economics that are rendering the dams expendable.

Barker’s piece is timely both because it serves as a useful counterpoint to the recent EarthFix “Dams or Salmon?” video that dismissed out of hand the ability of new renewable energy resources to replace the power supplied by the four lower Snake River dams and because it reminds us how rapidly the energy landscape is changing throughout the nation.

In 2010 there was only one state, Iowa, that got more than 15% of its electricity from wind and solar resources.  Today, at least ten states do and three of those states — Iowa, Kansas, and South Dakota — get more than a quarter of their energy from wind and solar. In California during that same period, power from non-hydro renewables doubled from 12% of the energy mix to 24%.

One of the more remarkable aspects of this growing prevalence of renewable energy is that it has required grid operators to figure out how to replace large volumes of what is traditionally known as “baseload” power with electricity from wind and solar, which are intermittent resources.  As the numbers indicate, they are doing so on a large scale without compromising grid reliability.  This seamless integration of new resources owes primarily to the ingenuity of grid operators, but also to improving grid management technology.

In light of the transitions that other regions of the country have made and are making in reconstituting their energy grids, the lift that would be required in the Northwest to replace electricity from the four lower Snake River dams is eminently manageable.  The four dams currently provide only about 4% of the power the region uses.  And even if all that energy were replaced by wind and solar, the amount coming from those resources in the Northwest would still be less than 15%.

In short, lots of states and regions have made far larger transitions and in far less time than would be required to decommission the lower Snake River dams.  Whether that is the best solution to restoring salmon remains and meeting other needs remains to be seen.  But, any notion that replacing the dams isn’t at least a viable solution has pretty much evaporated.