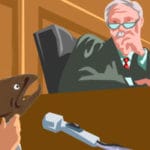 Window of opportunity to bring stakeholders together to craft regional solution

A federal district court judge in Oregon recently ruled that the current federal Salmon Plan, also known as the 2010 Biological Opinion for the Columbia and Snake rivers, violates the Endangered Species Act (ESA).  The court held that the federal plan is “arbitrary and capricious” because it relies too heavily on unidentified, non-specific mitigation efforts.  The case (National Wildlife Federation v. National Marine Fisheries Service III), filed on behalf of a diverse group of commercial and sport fishing businesses, conservation organizations, and the State of Oregon and the Nez Perce Tribe, creates a unique opportunity to bring stakeholders together to craft a solution that will restore the wild salmon and steelhead populations of the Columbia and Snake rivers, which once produced more salmon than any other river system in the world.

What the Ruling Says

The federal Salmon Plan was released in 2010 by the National Marine Fisheries Service and governs the actions of the U.S. Army Corps of Engineers and the Bureau of Reclamation (which owns and operates most of the federal dams and associated irrigation components) and the Bonneville Power Administration (which markets power from these federal dams). Despite overwhelming scientific evidence that the removal of four dams on the lower Snake River in eastern Washington provides the best opportunity to recover endangered salmon and steelhead in the Snake River, the federal Salmon Plan called for an “all habitat all the time” approach.  The heart of the plan relied on unidentified and uncertain habitat enhancement measures throughout the Basin to make up for the very certain harm caused by the federal dams.  Salmon advocates, states, and tribes have contended since a draft of the plan was first released that these measures alone would not be enough to recover wild salmon.

The judge’s ruling honed in on this central failing and found that the Biological Opinion improperly relied on uncertain, future, offsite measures to provide for the survival and eventual recovery salmon and steelhead in the Columbia and Snake rivers. The court specifically ruled that the plan’s “reliance on undefined actions for such large survival increases is contrary to the ESA’s requirement that mitigation must be specific, reliable, and certain to occur.”  The court went on to find that the federal agencies have not implemented the projects they said they would, that the projects they have implemented haven’t produced the promised survival benefits, and that “there is no indication that they will be able to identify and implement the actions necessary to catch up.”  The court also expressed skepticism that the agencies had any sound basis for concluding that habitat measures would result in needed salmon survival improvements. In effect, the court told the federal agencies that their promise to protect these fish is simply not enough under the ESA; the agencies must have a scientifically sound plan for that protection and the 2010 BiOp was not such a plan.

The court has sent the plan back to the agencies for one last chance to get it right, requiring them to include the sovereigns in the region in that process, and also to include consideration of other protection measures – specifically including lower Snake River dam removal.  The court has told the agencies that a plan that solely relies on these same kinds of habitat measures to protect salmon in the Columbia-Snake River Basin would likely fail the legal test again.

The court’s ruling in this case provides a critical opportunity to address the future of wild salmon in the Columbia and Snake River basins in a thoughtful, realistic, and effective way.  In order to seize this opportunity, however, all options for restoring wild salmon need to be on the table and fairly considered.  In addition, regional and national leaders will need to bring stakeholders together to help craft a solution for this long-standing issue.  It won’t be easy, but it is the only way to ensure a durable solution that works for salmon, farmers, utilities, and communities of the Northwest.

Federal agencies have repeatedly pointed to recent relatively strong returns of salmon and steelhead as evidence that their efforts are on track.  Yet, science shows that we have Mother Nature and Judge Redden to thank for these returns of mostly hatchery-reared (not wild) salmon – and not the current Salmon Plan.  Changes at the dams ordered by the court over the past six years, combined with unusually favorable ocean and freshwater conditions are responsible for the modest boost in fish numbers.  Moreover, recent returns have still not met the targets federal scientists say are necessary to ensure the survival and recovery of these species, and several key wild populations remain perilously low. Unusually favorable weather and ocean conditions cannot last forever.  It is crucial that we turn our attention to steps that are actually within our control, such as restoring river habitat, and do so now.

The judge’s decision and additional factsheets available at: www.wildsalmonmedia.org/fact-sheets