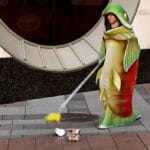 From the Seattle Times editorial page

Convene a broad regional discussion of the salmon issues on the Columbia and Snake rivers. Otherwise, working through the courts may produce solutions that protect salmon and steelhead with arbitrary costs and consequences.

FINDING the keys to managing risks to salmon and steelhead the length of the Columbia River system could use less lawyering and something more akin to a Truth and Reconciliation Commission.

Yes, the name comes from the South African panel formed to reconcile decades of apartheid. Get all the grievances and hard feelings in one room, and work them out.

U.S. District Court Judge James Redden issued a 24-page ruling Tuesday that slapped down another federal plan for operating the economic interests of the Columbia and Snake rivers, while working to save endangered fish.

Redden has seen and heard it all over the years, and the frustration shows. The judge can tick off the excuses and stalls, from no plans, no water, no money, dams do not count and farmed fish count as wild.

This time he bluntly told the Fisheries Service of the National Oceanic and Atmospheric Administration their plans to save salmon and steelhead were too narrowly focused on habitat mitigation, and those plans amounted to so much vague happy talk.

Redden basically told NOAA some of what it has in the works would suffice through 2013, but by January 2014 he wanted plans that are specific, reliable and certain to occur. What he saw in NOAA’s current plans through 2018 in the habitat realm was mush, from timelines to locations and, especially, results. He has doubts about the projected survival claims.

He wants NOAA and the power system to continue spilling water in the spring and summer to scoot fish past the dams. That is electricity not generated and sold.

The fish and hydro planners get two years-plus to work out a solution without a court date on the horizon. A consortium of tribal, economic and government interests have been consulted in recent years. That pool of stakeholders should be dramatically expanded.

Dissect all the costs and potential savings, and the range of opportunities and compromises available. Profound amounts of money have been spent by taxpayers and ratepayers with scant results. Just ask the judge.

Grinding through the courts will narrow the options and perhaps lead the region to outcomes that do not sit well financially. Better to have informed players reconcile their differences toward a mutually agreeable solution.

History says it can happen.