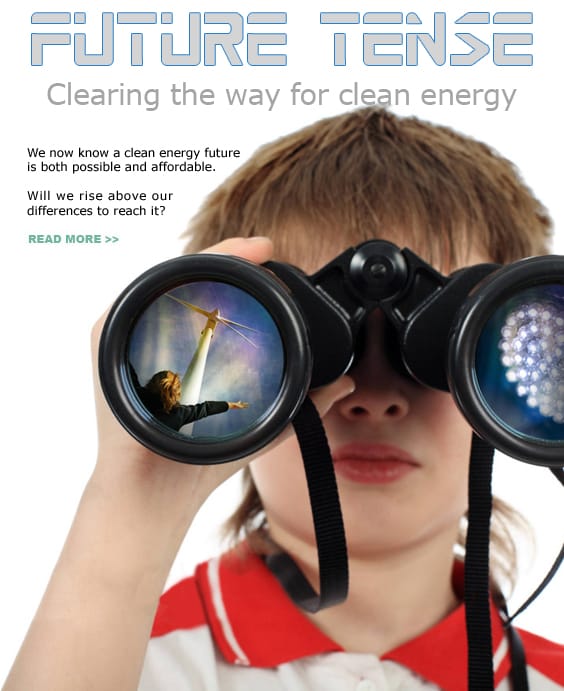 Welcome to the first eActivist
From Executive Director Sara Patton: My first eActivist column promises to be shorter if not sweeter than my hard copy columns of yore. Electronic communications have proved a great boon to public-interest advocates, and we’re moving to take advantage of that opportunity.
%CODE1%
But we’ll need to fully deploy all modes of human communication to surmount the challenges before us. 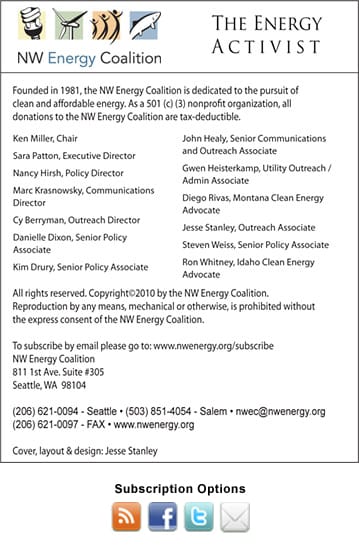 Also in this issue:

More woes for Montana MSTI transmission line
NorthWestern Energy’s application to construct the Mountain States Transmission Intertie has encountered another in a long line of difficulties.

Spokane-based Avista Corp., which provides electric and natural gas service to much of northern Idaho, has joined the staff of the Idaho Public Utilities Commission (PUC) in asking the Commission to approve a rate case settlement agreement that could mean higher rates – though not as high as the utility first sought.

%CODE1%Regulators weigh utilities’ efficiency targets in Wash. state
Following a lengthy process, the Washington’s Utilities and Transportation Commission approved PacifiCorp’s and Avista Utilities’ targets for meeting the energy efficiency provisions of the state’s clean energy law. Initiative 937 requires the state’s major electric utilities to capture all of the cost-effective conservation in their service territories beginning in 2010.

%CODE1%Portland getting solarized
Several companies have been working with the Energy Trust of Oregon and the city of Portland to solarize the city. The project goes from neighborhood to neighborhood, with hundreds of customers signing for installation of photovoltaic cells. So Portland is experiencing a huge penetration of solar power at very reasonable costs thanks to economies of scale.

%CODE2%
Posted in Energy Activist Online, Uncategorized
← RESOURCES – REGIONAL AND BY STATEWelcome to the first eActivist →