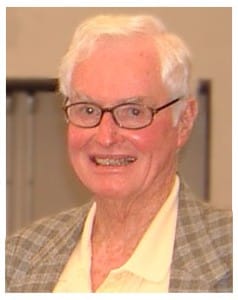 A giant of the Northwest’s clean-energy and social-justice movements is gone.

Doug Still organized and served the needs of migrant farm workers in the 1950s, marched for civil rights in Chicago and Selma in the ’60s, fought for equal opportunity in education as head of United Ministries in Public Education, which he helped found in 1967.

He moved to Oregon in the mid 1970s, just in time to help the region ward off the threat of 30 planned coal and nuclear power plants. He worked to perfect and pass the Northwest Power and Conservation Act, co-founded Oregon’s Solar Energy Association and used his community organization skills to help establish the Emerald People’s Utility District.

His years of service on EPUD’s board were just part of a tireless commitment to clean energy, social equality and environmental stewardship. He turned a Cottage Grove house into the Lane Energy Center, a sort of “conservation store,” and built the Cottage Grove Restaurant as a demonstration of passive solar design.

Along the way, he co-founded and served as board chair of the Northwest Conservation Act Coalition, now known as the NW Energy Coalition. Through the rest of his life, he was actively engaged in Coalition activities and policy-making. Coalition members and staff regularly sought his counsel, wisdom and inspiration.

Just weeks before his death, he penned the following words:

“My life has been a joy to me. … My future hope is in the people taking charge and turning this nation around; corporations again given only limited rights; and that Jesus’s gospel of love becomes the summo bueno for our society.”