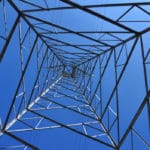 Gathering on the eve of the GLOBE Conference on Business and the Environment, leaders from British Columbia, California, Oregon and Washington today endorsed a bold new action agenda to grow the clean economy along the West Coast.

“B.C. is proud to host this year’s Leaders Forum,” said British Columbia Premier Christy Clark. “The Pacific Coast Collaborative is a unique and innovative vehicle for West Coast leaders to identify collaborative strategies in a face-to-face setting. Today’s meeting is the culmination of months of work within our four jurisdictions on an action plan to create jobs and strengthen the economy of our shared mega-region.”

To guide the 2012 West Coast Action Plan on Jobs, Pacific Coast Collaborative Leaders commissioned an economic analysis of the clean economy to identify the most promising markets for job creation, including energy-efficient buildings and advanced transportation. All told, the new report, West Coast Clean Economy: Opportunities for Investment & Accelerated Job Creation, released today, found that the $47-billion clean economy sector could triple in size by 2020, given the right policies and partnerships.

“We have proof that our actions are already working,” said Washington Governor and Pacific Coast Collaborative Chair Chris Gregoire. “Now we want to go even faster – and create up to one million jobs in the next decade through the 2012 Action Plan on Jobs. Through collaboration and low-carbon innovation, we have developed a win-win competitive strategy that will continue to work well for all of our jurisdictions.”

For example, each of the four jurisdictions has pledged to implement strategies to move the public building stock toward net-zero energy building performance, beginning with a commitment to achieve at least a 20 per cent improvement in energy use by 2020, within the context of programs within each jurisdiction.

“We have come together here in Vancouver to reject the myth that jobs and the environment are in conflict,” said Oregon Governor John Kitzhaber. “More than 500,000 Pacific Coast residents are cashing clean economy paychecks right now. And job creation rates in the clean economy are well above those for other shrinking sectors of the economy, pay better, and have been more resilient to the recent economic downturn.”

“California already gets 20 per cent of our energy from renewables, and by 2020 we’ll achieve 33 percent or more,” said California Governor Edmund G. Brown Jr. “Our policies are building new markets and spurring creativity globally. By working collaboratively with our Pacific Coast neighbours, we can set the terms for long-term job growth and economic strength.”

Additionally, each jurisdiction today agreed to work together to manage potential marine debris from the March 2011 earthquake and tsunami in Japan that may wash up along the West Coast. By working collaboratively, the four regions seek to improve efficiency, create uniform messages about Japanese tsunami debris and reduce duplication in the work.

The Pacific Coast Collaborative was established to address the unique and shared circumstances of the Pacific coastal areas and jurisdictions in North America by providing a framework for co-operative action, a forum for leadership and the sharing of information on best practices, and a common voice on issues facing coastal and Pacific jurisdictions.

For more information on the joint response to possible tsunami debris, and to view the West Coast Clean Economy report, the 2012 West Coast Action Plan on Jobs, the Work Plan on Japanese Tsunami Debris and summary sheets with highlights and success stories from each jurisdiction, visit:
http://www.pacificcoastcollaborative.org/media/Pages/MediaCentre.aspx

Media Release (and copied below): http://www.pacificcoastcollaborative.org/Documents/Reports%20and%20Action%20Items/West%20Coast%20Leaders%20Launch%20Plan%20Joint%20News%20Release.pdf