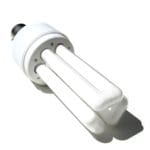 Lighting manufacturers would pay for program

OLYMPIA, Wash. – The Washington State Legislature has passed a bill to create a convenient residential recycling program for compact fluorescent lights (CFLs) and other lights that contain mercury. The bill, ESSB 5543, now awaits only the governor’s signature to become law.

CFLs consume only a quarter of the energy incandescent lamps use, last up to 10 times longer and reduce greenhouse gas emissions. However, each light contains mercury, a potent neurotoxin. Mercury from broken bulbs and tubes in trash cans and solid waste trucks can pose a risk to families and solid waste workers. Currently, as few as 2 percent of the mercury-containing lights from Washington homes get recycled.

“This bill gives us a way to safely recycle mercury-containing lights, rather than throwing them in the trash,” said NW Energy Coalition policy associate Carrie Dolwick. “And the recycling program itself will boost consumers’ confidence in using these energy-saving lights, which are an important part of the climate solution.”

The producer-financed recycling program would begin January 1, 2013. The state Department of Ecology would engage a contractor for the program and each producer of mercury-containing lights would make an annual payment to fund program costs. Alternately, producers could choose to provide and pay for their own independent recycling programs. Service would have to be provided in every county of the state.

Washington Citizens for Resource Conservation program director Suellen Mele described the bill as “the second in the nation of its type and a big step forward for recycling in Washington state.” She also praised the bill’s producer-pays approach, which is based on the concept of product stewardship, in which paying to recycle the products is just part of the manufacturers’ costs of doing business.

“Local governments lack the funds to offer convenient, long-term recycling programs for these lights,” said Margaret Shield, policy liaison for the Local Hazardous Waste Management Program in King County. The producer-financed recycling program will be budget-neutral to the state, won’t saddle local governments with unfunded mandates and will not charge residents any fee for bringing in their lights to be recycled.

“The bill has strong standards to ensure that lights will be handled safely during recycling to avoid breakage and mercury release,” Shield said.

A product stewardship recycling law for computers and TVs passed by the Washington legislature in 2006 has been a tremendous success. In 2009, its first year of operation, the producer-provided program collected more than 38 million pounds of TVs, computers and monitors – about 2,200 units a day. The program diverted more than 2.6 million pounds of lead from landfills and incinerators.

State Sen. Craig Pridemore (D-Vancouver) and State Rep. Sam Hunt (D-Olympia) are prime sponsors of the lighting product stewardship bill. The bill passed with bipartisan support and wide margins in both houses: 71-27 in the House and 36-12 in the Senate.