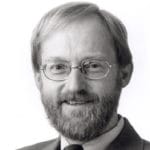 The Oregonian guest opinion: Will 2013 be the year coal died?

Scott Sullivan carries out maintenance on one of eight pulverizers in the Boardman coal plant in 2009. The pulverizers transform coal into dust in preparation for burning. (Brent Wojahn/The Oregonian)

The real energy story of 2013 may turn out to be the death of coal.

That’s still a little premature, but consider: Ten years ago some 120 new coal power plants were in the siting and financing pipeline. Today, nearly all have been abandoned.

Read the full article online at The Oregonian…