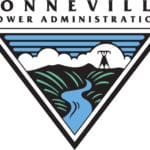 BPA wins prestigious award for its build out of the largest, most sophisticated synchrophasor network in North America

Portland, Ore. – The Bonneville Power Administration’s development of the most sophisticated synchrophasor network in North America landed the agency its first ever Platts Global Energy Award, the most coveted awards in the energy industry.

Platts presented its awards at a special ceremony at the Waldorf Astoria in Manhattan, NY, Dec. 12. A panel of judges selected this year’s winners – five industry executives and 15 companies – from more than 200 nominations from organizations across eight countries and three continents.

“It’s a tremendous day for Bonneville,” said Larry Bekkedahl, senior vice president of Transmission Services, who accepted the award on behalf of BPA. “And I’m so proud of our team that worked hard for so many years to make this happen. This is definitely a fall on your knees moment.”

Grid Optimization
BPA was nominated in this category for its installation of an unparalleled synchrophasor network, which was part of a three-year, $30 million investment. The network includes 126 phasor measurement units at substations and large wind generation sites throughout the Northwest. Phasor measurement units or PMUs are shoe-box sized devices that transmit precise power system readings (current, frequency and voltage) 60 times a second over a high-speed broadband network to BPA’s control center, providing BPA’s grid operators an unprecedented view of the power system’s dynamic state. And BPA’s synchrophasor network in the only one in North America designed to take split-second control actions when it detects a problem on the grid.

Led by its Technology Innovation Office, BPA also deployed sophisticated data management techniques to handle the tidal wave of real-time data. The agency is now collecting 137,000 measurements from across the grid every second. In addition, BPA developed an application engine to analyze the data in real time and alert dispatchers when the power system is at risk. Eventually, a wide-area response-based control scheme will use PMU measurements to assess the system and take necessary actions at substations within less than one second of an initiating disturbance.

BPA is the largest contributor of the Western Interconnection Synchrophasor Program, in which 19 utilities have partnered with the Department of Energy to provide real-time visibility of the entire western power system that covers 14 states, two Canadian provinces and a portion of the Baja Peninsula in Mexico. Through a dedicated, secure network provided by WISP, BPA is sharing synchrophasor data with 10 other utilities, furthering the understanding of the status and condition of the interconnection well beyond the agency’s borders.

Efficiency Initiative Award
BPA was nominated for the Stewardship Award for Efficiency Initiative (Energy Supplier) for its Energy Smart Industrial program, which has significantly increased the participation of utilities and their industrial customers in energy efficiency measures. Within its first four years, 108 of 117 utilities have enrolled in ESI and it has delivered more than 560 million kilowatt-hours of industrial energy savings – which is nearly three times more the savings BPA had achieved in the industrial sector during the previous two years. The program is expected to exceed its current two-year target, with savings projected at over 250 million kW-hours.

BPA was a finalist for a Platts Global Energy Awards the last two years. In 2012, former Administrator Steve Wright was in the running for CEO of the Year. And in 2011, a BPA team that developed software to design stronger transmission towers at reduced cost was one of 12 finalists in the category of Commercial Technology of the Year.