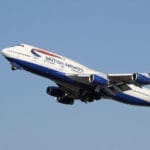 RENTON — Boeing said Tuesday it plans to buy renewable energy credits to replace fossil-fuel power at the factory in Washington where it assembles its 737 commercial airplanes.

The aerospace company and the utility, Puget Sound Energy, said the plan will move the Renton factory near Seattle toward an all-renewable energy mix.

Boeing Co. says it will offset electricity from coal and other fuels by paying a premium to buy wind power credits tied to the Bellevue-based utility’s Wild Horse Wind and Solar Facility near Ellensburg.

The utility’s energy mix in 2013 was about 50 percent hydro, wind and other renewable sources, according to state figures. Natural gas and coal made up the other half, and that’s the portion Boeing plans to replace with renewable energy credits.