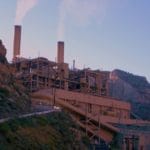 Oregon’s utility regulators, ratepayer advocates and environmental groups have locked horns with PacifiCorp for years over its plans to invest billions in pollution controls to keep its aging fleet of coal-fired power plants running.

Yet new federal regulations limiting greenhouse gas emissions, coupled with an increasingly aggressive stance from local regulators, may be forcing Oregon’s second largest utility to a tipping point on coal, jumpstarting a conversation over plant retirements and its future power-generation mix.

“They haven’t wanted to answer the question, ‘What does your fleet look like in a carbon constrained world?” said Jason Eisdorfer, utility program director at the Oregon Public Utility Commission “Now that there are draft rules on carbon, utilities are forced to take this very seriously, and we have forced everybody to the table in a more meaningful way.”