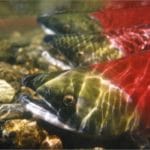 In the words of the former New York Yankees catcher and manager Yogi Berra, “it’s deja vu all over again.” In mid-June, the National Wildlife Federation and an array of other environmental and fishing groups filed a complaint in federal court alleging that the federal government’s Biological Opinion (BiOp) on the operation of the Columbia River dams violates federal law. The feds have been issuing these Columbia River BiOps since the Clinton administration. Conservation groups, fishing groups, tribes and the state of Oregon have been challenging them — and prevailing.