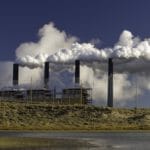 Jan 19, 2016 | Posted by Alicia Healey | Decarbonizing Buildings, Transportation & Fuels, Energy Efficiency, Equity & Affordability, News, Policy |
Lawmakers who oppose taking action to lower greenhouse gas emissions by putting a price on carbon often argue that doing so would hurt businesses and consumers. But the energy policies adopted by some American states and Canadian provinces demonstrate that those arguments are simply unfounded.
Around the world, nearly 40 nations, including the 28-member European Union, and many smaller jurisdictions are engaged in some form of carbon pricing. In this hemisphere, British Columbia, Quebec, California and nine Northeastern states have raised the cost of burning fossil fuels without damaging the economy. Alberta, Canada’s biggest oil and gas producer, and Ontario have said they will adopt similar policies.
Carbon pricing comes in two forms: a direct tax on emissions or a cap on emissions. British Columbia, for instance, has levied a tax on emissions from fuels like gasoline, natural gas and heating oil. California and Quebec, which are working together, place a ceiling on overall emissions and allow utilities, manufacturing plants, fuel distributors and others to buy and sell permits that entitle them to emit greenhouse gases. Like the cap itself, the number of permits decline over time, becoming more expensive.
Many economists regard carbon taxes as the simpler and more elegant solution, and cap-and-trade systems like the one that failed in the United States Congress as complex and hard to explain. But both systems effectively raise the price of using fossil fuels, which encourages utilities and other producers to generate more energy from low-carbon sources like solar, wind and nuclear power.
To continue reading this editorial, please visit the New York Times.
Share