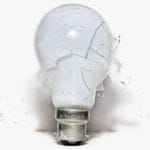 The Omnibus spending bill Congress is set to pass today contains a huge lump of coal for our stockings: a rider prohibiting the U.S. Department of Energy from enforcing the lighting efficiency standards. The standards are part of a broader law signed by President Bush in 2007 that takes effect January 1. The law requires light bulbs to become increasingly energy efficient: 25-30% more efficient by 2014 and 60% more efficient by 2020.

The standards are strongly supported by manufacturers, consumers and environmentalists throughout the country and withstood a repeal attempt earlier this year. Now those who couldn’t muster support for repealing the standards have used the threat of a government shutdown to undercut a law that will save money for consumers and utilities and significantly lower national greenhouse gas emissions.

Last week, the NW Energy Coalition and dozens of national lighting companies, utilities, energy efficiency advocates and environmental organizations sent a letter to senators saying that “Eliminating funding for light bulb efficiency standards is especially poor policy as it would leave the policy in place but make it impossible to enforce, undercutting domestic manufacturers who have invested millions of dollars in U.S. plants to make new incandescent bulbs that meet the standards.”

Passage of the anti-conservation rider won’t derail the regional quest for energy efficiency savings, though it could make that quest harder and more expensive. The Northwest’s official energy plan assumes that new light bulbs will be 60 percent more energy efficient by 2020. If the U.S. Department of Energy can’t enforce that standard, consumers will have to look more closely at light bulb labels and Northwest electric utilities will have to help consumers make smart lighting choices.

We commend the statement from National Electrical Manufacturers Association vice president for government affairs Kyle Pitsor that despite the spending rider, “[e]fficiency standards are not repealed. They are in effect. The law of the land is the law of the land … Our members comply with the law.”

The NW Energy Coalition, NEMA and others who appreciate the consumer, domestic job-creation and environmental benefits of efficient lighting will continue to press Congress to right this wrong.