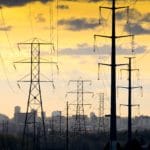 In a major win for clean energy development, a U.S. Court of Appeals panel this summer unanimously upheld a Federal Energy Regulatory Commission (FERC) directive aimed at modernizing transmission planning around the country.

FERC regulates interstate electricity and natural gas transactions. In 2011, it issued Order 1000 directing utilities, transmission developers and stakeholders to join together, define new transmission needs and select the most economic and efficient solutions.

Sixty-one petitioners and intervenors – mostly eastern and southeastern utilities — challenged the order in court. Some said FERC was over-stepping its authority; others complained that the Commission order applies to entities it does not customarily regulate, such as public utilities and the Bonneville Power Administration.

In August, a three-judge panel of the U.S. Court of Appeals for the District of Columbia Circuit upheld the order in a decision so resounding that legal observers expect the Supreme Court to reject any challenge.

The decision gives strong support to the contention that utility-by-utility transmission planning is not enough, because energy resources and transmission lines are already widely shared across the power grid.  Regional planning is needed to capture important benefits for clean energy, the environment and consumers.

Order 1000 empowers regional transmission groups and charges them with incorporating into their transmission plans state and federal clean energy requirements and standards such as Washington’s I-937, the federal Clean Air Act and EPA’s forthcoming Clean Power Plan  (111[d]).  And they must also consider non-transmission alternatives such as energy efficiency, demand response and smart-grid measures.

Order 1000 addresses this split with its interregional coordination requirements. ColumbiaGrid, NTTG, the California Independent System Operator (CAISO) and WestConnect (representing Southwest and Mountain states) will compare their data and analyses in every two-year planning cycle.

Legal confirmation of Order 1000 marks a solid step forward. Now starts the work of assuring that the process actually occurs. Adhering to the FERC order by doing smart planning makes sense for the region. It is not a jurisdiction issue. WECC (the Western Electricity Coordinating Council) is already doing this kind of integrated analysis and it’s time the Northwest did the same.

Although utilities and developers are taking the new order seriously, FERC needs to provide more direction so public policy requirements and non-transmission alternatives are not just “considered” and brushed aside.  Nonetheless, the first ColumbiaGrid and NTTG plans at the end of 2015 will deliver new insights into modernizing the Northwest grid and making it more receptive to new clean energy resources.