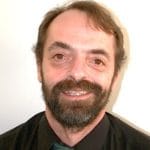 Coalition executive director Sara Patton presented Jenks the award, which recognizes his lifetime of advocacy on behalf of ratepayers and commitment to a clean and affordable energy future.

Founded by Oregon voters in 1984, CUB is a nonprofit organization that represents utility customers before administrative, judicial and legislative bodies. The organization has saved Oregon ratepayers $5.3 billion and has been a force for energy efficiency investments and for the state’s renewable energy standard. Under Jenks’ leadership, CUB played a critical role in forging the historic agreement to transition the Boardman, Ore., power plant off of coal.

The Coalition board unanimously voted Jenks the 2010 Headwaters Award winner during its November 2010 conference.

For more information about the Citizens’ Utility Board, visit http://oregoncub.org/