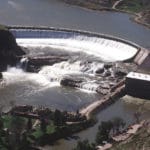 HELENA — The state Public Service Commission Thursday approved NorthWestern Energy’s proposed $870 million purchase of 11 hydroelectric dams, paving the way for return of the Montana dams to utility ownership 15 years after they were sold off by Montana Power Co.

Commissioners who voted for the deal called it the “opportunity of a lifetime” that would provide a stable, long-term source of electricity for NorthWestern’s 340,000 electric customers in Montana.

The approval, however, comes at a price for those customers, who will see an estimated 5 percent electric rate increase this fall — and put those rates among the highest for among major utilities in the region. The average household customer’s bill will go up about $4.50 a month.