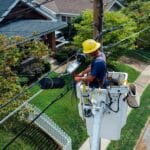 What an Act! – the 40th Anniversary of the NW Power Act

On December 5, 1980, the groundbreaking Pacific Northwest Electric Power Planning and Conservation Act (Power Act) was signed by President Jimmy Carter. This December, we celebrate the 40th anniversary of the passage of this historic bill.

The Power Act established a number of “firsts” for the region. It reprioritized power resources to put energy efficiency and conservation first as the priority resource for the region. It established a four-state (Washington, Oregon, Montana, and Idaho), regional planning body to develop plans to protect the Columbia River Basin’s fish and wildlife, and a regional power plan to assure the NW a sufficient and reliable supply of electric power. It requires the Bonneville Power Administration (BPA) to follow the Power Plan, and address fish and wildlife restoration, as well as provide equitable treatment for restoring species as given to other purposes of the hydrosystem. The Act also required formal consultation with Tribal nations and other stakeholders for the first time since BPA was created in 1937.

While the immediate effect was to settle the competing claims of public power, investor-owned utilities, and direct service industrial customers for federal hydropower, the enduring value of the Power Act has been the strong public involvement and clean energy priorities insisted on by environmental and community organizations and key congressional leaders.

The pioneering regional planning effort led by the Northwest Power and Conservation Council (Power Council) was tasked with projecting regional electricity needs and providing solutions for the best way to meet them, using energy efficiency as the least-cost resource. The region is on its seventh power plan, and energy efficiency has been the number one resource in every plan. Over 7,000 MW of energy savings have been delivered to households and businesses across the region, making their electric bills more affordable and reducing the need to build more power plants. Now the Power Council is developing the 2021 power plan which can and should be the foundation for the next stage in building a decarbonized Northwest economy that is equitable and climate-resilient.

Over the past 40 years, a new generation of renewable energy resources has grown in the region. Wind and solar power have made fast technological advances. Now, BPA and the region’s utilities are integrating over 8,000 MW of wind and solar energy with our tremendous hydropower resources. The region is poised to continue this growth of new renewable resources.

Unfortunately, this story is not all rosy as the Columbia River Basin has 13 stocks of salmon and steelhead listed under the Endangered Species Act. Billions of dollars have been invested in habitat, hatcheries, fish passage, and hydrosystem modifications, which have not recovered these iconic species. The hope of the Power Act to restore these species to abundant levels has not yet been realized. However, a new wave of the collaborative initiative is underway and could bring about necessary solutions.

In 1981, a few dozen advocates who worked to shape the Power Plan, formed the Northwest Conservation Act Coalition to watchdog its implementation and make sure the promise of the language would be realized. Now 40 years later, the Coalition has over 100 member organizations, a long track record of wins advancing clean, affordable, and equitable energy services in the region, and a commitment to continue to work with and push BPA and the Power Council to deliver a clean, affordable, equitable and reliable electric system.

Ralph Cavanagh, NRDC (which he joined in 1979 as Northwest Energy Project Director)

Almost everyone involved in founding the Coalition opposed the enactment of the Regional Power Act, believing that it would drive a surge of power plant construction and that its energy efficiency provisions were a sham. We turned out to be entirely wrong, in part because our advocates worked so hard and effectively despite their initial skepticism, and the Pacific Northwest is a global model today for sustained energy efficiency progress. Now we need to redouble those efforts as the centerpiece of affordable decarbonization for the region.

Energy efficiency has proven to be the resource that keeps on giving. We’ve captured pretty much all the cost-effective opportunities identified in the first Regional Plan, but, in the latest plan, energy efficiency remains the dominant resource for the next 20 years. I confess that renewables – wind and solar – have made faster technological progress, and costs have declined more quickly and steeply than I anticipated when I was at NWEC. Results from the Act’s directive to “protect, mitigate and enhance fish and wildlife of the Columbia River Basin” have been a disappointment and frustration.

Michael Karp, housing and energy program administrator at The Opportunity Council in Bellingham 1978-1996, founding member of the Coalition, and public interest consultant

When the Power Act passed, BPA, the region’s industrial customers, Public and Private utilities, and most other stakeholders had no real interest in low-income ratepayer’s affordability needs. Funding for energy efficiency retrofits for those economically disadvantaged was not a priority, except to a few non-profit anti-poverty organizations who were also founding board members of the Coalition. We were consistently told that those issues had no place in the utility world. Where we are now, there has been slow but steady progress for funding low-income energy efficiency. Where we need to be is for more creative and substantial programs and funding to keep those economically disadvantaged connected to their utility service. Electricity is a basic necessity of life and needs to be treated as such.