New report suggests how employers, governments, and labor can collaborate to match employer needs with qualified candidates of color 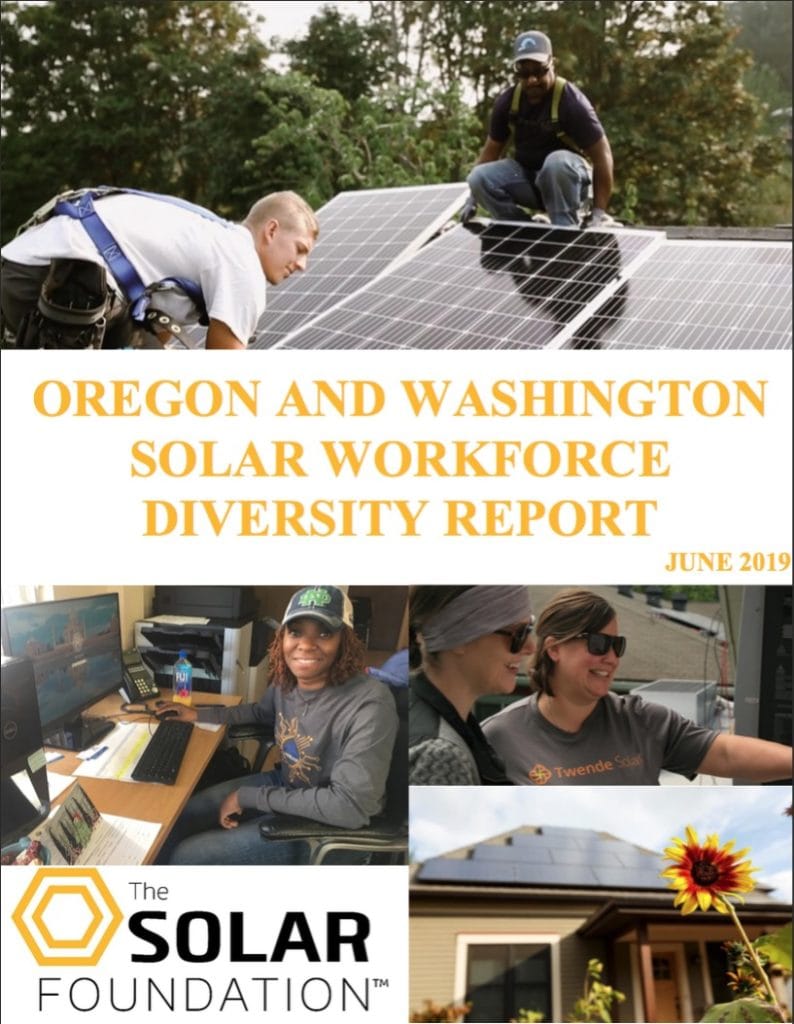 The report is based on a survey of more than two-dozen Washington and Oregon solar companies. 80% reported that it is either somewhat difficult or very difficult to find job candidates of color who have the necessary training and skills for the positions they are trying to fill.  According to the report, “This suggests that much more work could be done to ensure a talented candidate pool is available for this rapidly growing industry.”  That includes job training programs many of which are highlighted in the report.  But, the report’s summary findings also suggest that much more can be done on the employer side as well.

The report concludes by identifying steps that employers, governments, and communities can take to bring workers, skills, and opportunities together and to promote the continued expansion of the solar industry in Washington and Oregon.