When discussing electric system affordability and reliability, natural gas is often portrayed as a guarantor of both. But, since the beginning of February, when Northwest temperatures dropped to near record lows, wholesale natural gas prices skyrocketed, causing serious disruption for gas-fired power plants and electric system operations even as demand peaked. While the system worked and reliability was maintained, it did so at a grievous price that will be passed through to customers.

The combination of cold weather, record natural gas prices, and below average hydro badly strained the power system. Bonneville Power Administration had to ask customers to conserve electricity. And energy markets that usually ship surplus power from the Northwest to California had to reverse direction with California sending power north on the Pacific Intertie system. These are symptoms of over-reliance on constrained natural gas supplies, which can cause significant price volatility during winter and summer peaks. 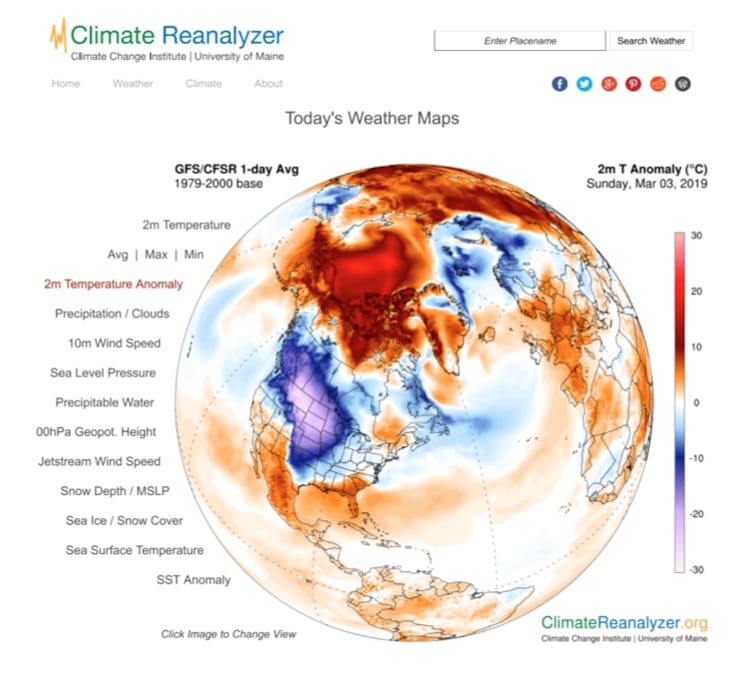 We have had issues before with the gas-electric interface. Following a December 2009 cold snap, efforts were made to improve system coordination. But the region didn’t address the underlying problem of a lack of efficiency and diversity in the Northwest grid, which makes it difficult to maintain performance when gas supplies for power generation are limited.

How we got here

On February 4, amid an Arctic cold wave, power on the combined Pacific Intertie transmission system began flowing north from California at levels not seen in decades. The next day, south-to-north flows exceeded 3,000 MW, more than Seattle consumes on a cold winter day. Northward flows continued at high levels throughout the month.

By comparison, in February 2018, Pacific Intertie flows were entirely north-to-south, as BPA and other hydro utilities sold extra power to reduce reservoir levels and make room for melting snowpack.

This year’s unprecedented events were caused by an Arctic Express that plunged the Northwest into near-record low temperatures and driving up demand for natural gas to provide heat in British Columbia and to fire Northwest power plants. Gas supplies were reduced by equipment constraints on British Columbia pipeline flows and on gas storage in Washington. 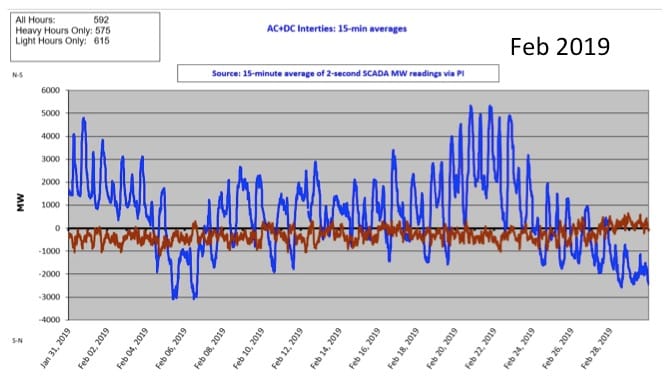 Wholesale gas prices at Sumas, WA — where gas from northeast BC and Alberta enters western Washington – which usually range from $2 to $4 per million Btu jumped to as high as $30. And, on March 4, to $150. Meanwhile, prices at the Mid-Columbia (Mid-C) power trading hub, where utilities buy additional power when they need it, skyrocketed to an average $92/megawatt-hour (MWh) for the month of February as compared to just $21/MWh in February 2018.

Had they been available, two resources could have greatly reduced exposure to the natural gas price run-up and safe-guarded system reliability.

Climate change is likely to bring more variability and uncertainty in weather conditions. With better planning to address peak energy needs, new renewable and demand-side resources can be developed and integrated into the Northwest energy system making it more flexible, efficient, and reliable.

The NW Energy Coalition has prepared an initial analysis of the events in February and its implications for the Northwest electric system. 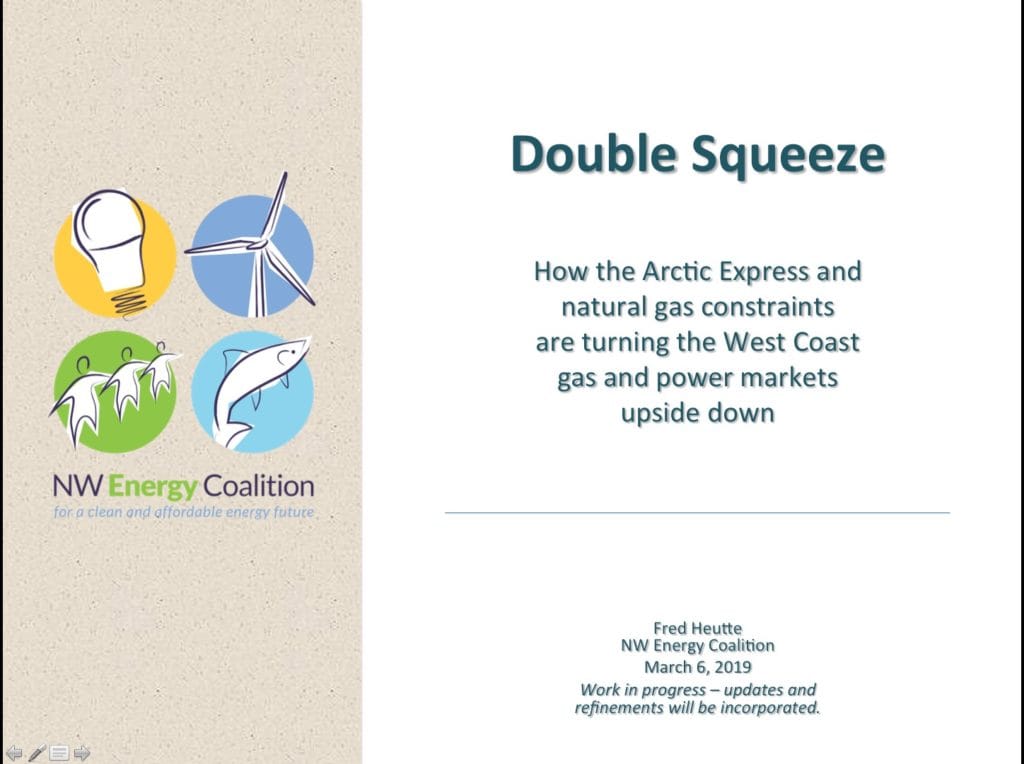