Simpson says region must ask “what if?” lower Snake River dams are removed 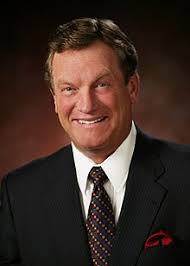 BOISE, IDAHO — Republican Congressman Mike Simpson of Idaho energized a conference audience in Boise on Tuesday by declaring the need for the Northwest to explore the implications of removing four lower Snake River dams in order to restore salmon populations.

Speaking at the 2019 Andrus Center Conference on the campus of Boise State University, Simpson cited the failure of $16 billion in federal spending on mitigation and habitat restoration programs to restore badly depleted salmon populations and told attendees that Northwest communities and policymakers must consider the possibility of dam removal.

Calling salmon “God’s most amazing creatures,” Simpson declared his determination to “stay alive long enough to see healthy salmon populations return to Idaho.”  “We need to do it for our future generations,” he said.

Simpson acknowledged that he is making some people nervous,  including fellow-Republicans in Congress, by asking “the what if question”.  But, he insisted stakeholders must come together.  And, he argued, financial challenges facing the Bonneville Power Administration, give the region a reason and an opportunity to do so.

Noting BPA’s $16 billion in outstanding debt and the threat posed by new renewable resources and low-cost natural gas to its standing as “the lowest cost provider of electricity,” Simpson emphasized the need to create certainty of costs for the agency in order to maintain its financial viability.  That, he said, can’t be done without addressing the dams.

Nor, he said, will the completion of the Biological Opinion currently being prepared under court order by the federal government resolve the matter. “Attorneys are already preparing their challenges,” he added ruefully.

Simpson said he already has his staff exploring how to address some of the challenges dam removal would pose.  He mentioned the irrigation and transportation needs of farmers and also the importance of fixing a situation in which Idaho is sending water down the river and not getting salmon back.  “Idaho is paying all the costs and getting none of the benefits,” he said.

Simpson’s remarks were cheered by NW Energy Coalition executive director, Nancy Hirsh. who also spoke at the conference  “Since  our current efforts to restore salmon are failing and we know the electricity and grid services provided by the dams can be replaced by clean renewable resources at little or no cost, we have to finally look seriously at the implications of dam removal and see how we can meet the needs of people and communities that would be affected. We need to understand our choices,” said Hirsh.

Earlier in the day, Idaho Governor Brad Little announced that he is forming a committee to examine the issue of fish restoration.

Simpson’s and Little’s comments should resonate in Washington, where the state legislature is now debating whether to include in its new budget $750,000 requested by Governor Jay Inslee for a stakeholder process for the express purpose of examining the social and economic consequences of dam removal.

Also speaking at the Andrus Center conference, Sam Mace of Save Our wild Salmon explained that the proposed Washington stakeholder forum allow communities to identify their needs in the event the dams are removed so that they can be made whole.  Washington residents who support their state and communities becoming part of the process should reach out to their elected state representatives now and ask them to support funding.