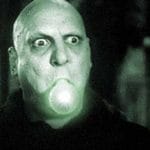 Believe it or not, a bill before Congress aims to roll back energy savings measures that passed in 2007 with bipartisan support.  The House plans to vote as soon as Monday, July 11, to repeal national energy efficiency standards for light bulbs.  These standards will save consumers more than $10 billion a year and avoid about 100 million tons of global warming pollution, equal to the annual pollution of more than 14 million cars.

Passing the infamous “Better Use of Light Bulbs (BULB) Act” (H.R. 2417) would repeal a requirement that new bulbs use 25-30% less energy than conventional bulbs starting in 2012. For American families, that means an extra $50 to $100 a year in savings on their electric bills.

Contact your representative and urge them to vote NO on the BULB act!

Lighting manufacturers also oppose the BULB act because they have already spent millions of dollars to re-tool their factories to meet the standards. That is why all the leading lighting manufacturers have publicly expressed their support for maintaining the lighting standards. We cannot let Congress deprive millions of Americans of the energy savings so many need to make ends meet.

Contact your representative and urge them to vote NO on the BULB act!