Clearing the way for clean energy

The year was 2010, and the NW Energy Coalition soon would begin its 30th year as the region’s broadest alliance of groups, businesses and utilities publicly committed to a clean and affordable energy future.

It was a momentous time. Years of work with the region’s official power planning agency and a few whirlwind months of public pressure paid off: The Sixth Northwest Power and Conservation Plan in many ways mirrored the analyses and recommendations of the NW Energy Coalition’s Bright Future and Power of Efficiency reports.

But the future was far from secure. We would have to settle disagreements within our own clean-energy community to get there. 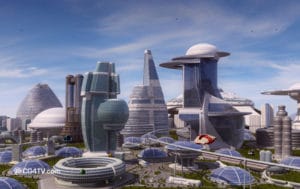 Many energy efficiency advocates made the following argument:

“Clean generating resources are great, but how can we justify spending 10 cents per kilowatt-hour on them when we have an abundance of energy efficiency at one quarter to one half of that cost? Energy efficiency requires no new transmission through wild lands and presents no threat to migrating birds or other wildlife. It’s one reason to celebrate the invisibility of energy efficiency.”

Renewable energy proponents agreed on the need to find all cost-effective energy savings and to adopt policies to make those savings happen. But they also demanded policies ensuring development of a wide diversity of renewable resources. Only by getting both energy efficiency and all reasonable renewables, they argued, would we be able to retire old and dirty fossil plants, help achieve overall clean energy and climate goals, and boost the economy.

In the end, by continuing to work together, Coalition members found the right combinations of long-term planning and energy policies leading to optimal energy efficiency and renewable energy development.

Still, utility investments in both energy efficiency and new renewables were sure to find their way into consumer rates. Even though those options – especially efficiency — promised long-term savings and heightened economic development compared to dirty energy sources, we had to make sure the short-term costs of clean-energy development placed no unfair financial burdens on struggling families.

Consumer advocates saw the real solution in reducing families’ power use through energy efficiency so much that rate impacts wouldn’t matter. They worried that wouldn’t happen, however, and noted high-profile utility conservation programs, such as rebates for energy-efficient appliances, that low-income consumers couldn’t take advantage of.

“Very few low-income households get to experience energy efficiency, but they all get to pay for it,” went the argument.

Others members were more confident. Many were encouraged by the Coalition’s then-30-year history of helping to ensure low-income households’ full participation in energy efficiency programs.

Working together, Coalition members and allies identified fair and effective ways to provide energy savings. We secured financial commitments from utilities and government agencies so low-income households would share the benefits not only of cleaner power but also of high-efficiency appliances, advanced weatherization and other conservation measures. And we made sure low-income consumers’ bills did not increase as clean-energy development accelerated 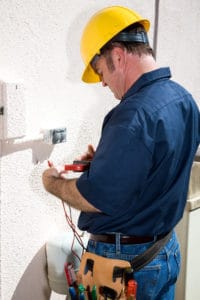 The necessity of shutting coal-fueled power plants to avert climate disaster and make room for clean-energy development put the Coalition’s labor allies in a bind. Efficiency projects and clean renewable energy facilities promised more jobs than fossil-fueled power production, and 19th-century generating technologies were clearly on their way out. But those dirty coal plants employed real people. And labor leaders couldn’t be sure that new clean-energy jobs would come with decent wages, benefits and security.

It would come down to an open and fair process around coal plant closures, guaranteed funding for making workers whole and helping them transition to new occupations, and the long-term growth in permanent, family-wage clean energy jobs that support local communities.

In Washington state, for example, Coalition member Sierra Club pushed for removal of a huge tax break for the Centralia coal plant – by far the state’s No.1 single pollution source — and devoting that $4-5 million a year to worker transition and community economic development. In other places, allies demanded that worker and community concerns be addressed – and funded – as an integral part of the plant closure process.

The list of potential flash points didn’t end there:

From 2010 on, the NW Energy Coalition would draw on its decades of success in bridging differences, harmonizing discord and finding common solutions to pave the way to the clean and affordable energy future for all of us.

The rest is history. 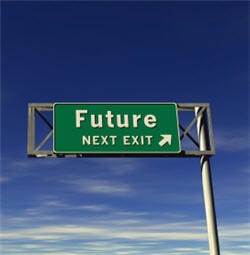