between hydropower and fish 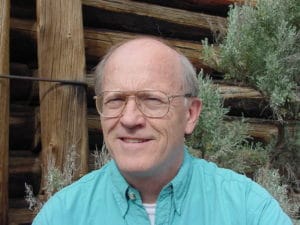 A pair of recent events have forever altered Northwest attitudes toward hydropower and significantly improved prospects for the region’s fish and wildlife:

Both events were marked with celebrations, reflecting an important public policy shift and a reassessment of the dams’ economic and social benefits, and their costs.

For too long, the region has failed to strike the credible balance between hydropower production and salmon survival required by the 1980 Northwest Power Act. Some wild salmon runs have gone entirely extinct; several others remain stuck in an endless loop of Endangered Species Act processes, insufficient federal actions and litigation. Millions of energy ratepayer dollars have been wasted on ineffective salmon mitigation programs.

The Elwha and Condit dam events, however, have set the stage for heightened advocacy for restoring fish and wildlife affected by the region’s hydropower system – an advocacy the NW Energy Coalition is well-positioned to undertake.  Over the next five years, this advocacy likely will involve encouraging policymakers and hydropower operators to change the way existing dams and reservoirs are configured and operated. In some rivers, hydropower projects will need to mimic more closely natural flows, while continuing to generate energy.  In other key salmon strongholds, it will make sense to remove unnecessary or obsolete dams altogether, as we’ve already done on the Elwha, White Salmon, Rogue, Hood and Sandy rivers.

To further reduce the region’s overdependence on hydropower and restore wild fish populations, NWEC should continue its excellent leadership on “replacement energy” – energy efficiency, renewables such as solar and wind power, smart grid technologies, transmission efficiencies and new methods for integrating the elements of a more diversified energy portfolio.

NWEC has played a unique role in regional policymaking, consistently speaking for the public interest and finding common ground among conflicting interests.  That role is critical to deal more fully with the impact of hydropower projects on wild, native salmon runs.  Public education and advocacy is particularly needed in the Snake/Columbia River basin, where settlement negotiations to resolve long-standing legal, economic and political issues are long overdue.

I’m sure the Coalition will continue to advocate and demonstrate the cost-effectiveness for ratepayers of hydrosystem changes to restore the wild salmon populations that sustain so many jobs, families and towns across the Northwest.

Tom Stuart of Boise has been a regional salmon advocate for 20 years.  A retired Air Force officer with a science and engineering education, he currently serves on the board of directors of Idaho Rivers United.

Posted in Energy Activist Online
← From the Board Chair: Involvement key to meeting challenges, seizing opportunitiesNW Energy Coalition: Then and now →