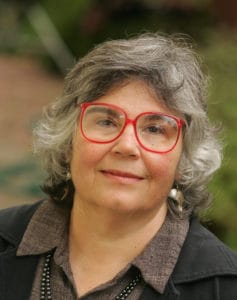 From the Executive Director:

after all these years

Recently I had occasion to spout off on the fallacy of the conventional energy wisdom from 30 plus years ago … the very conventional wisdom that the Coalition was born to challenge.

The question concerned the current conventional wisdom on the KXL pipeline proposed to take Alberta tar sands oil to the Gulf of Mexico. Along with other activists I was talking to Canada’s Consul General about the ways our countries can work together for clean energy and restored wild salmon when he asked if we would agree that oil was going to be burned anyway, so why not tar sands oil?

I found myself on the verge of being undiplomatic. What I said was that when I started doing clean energy work, all the smart people were telling me and this Coalition’s founders that we could play all we wanted with energy conservation, wind and solar, but the region would still need the 20 nuclear and two coal-fired power plants proposed in the now infamous Hydro-Thermal Power Plan. Now here we are with only one of those nukes built and operating. The two coal plants were the ones in Centralia now slated for early transition thanks to the Coalition and its allies.

The last 30 years, I said, have proven that we should never believe dirty energy is inevitable.

Not only are the life-threatening coal and nuclear plants mostly unbuilt or retired, but the region is producing clean energy at an unheard-of pace: energy efficiency beat all projections for 2010 and we have more wind on our Northwest grid than anyone thought could be integrated as little as five years ago.

Our electric bills remain the envy of the nation. We’re restoring the Elwha and the White Salmon rivers, and we have high hopes for Columbia and Snake salmon and steelhead. It takes all of us to say “No!” to conventional wisdom that stinks and to fight for and build the clean and affordable energy future that the Coalition’s founders envisioned.

So I am proud of the Coalition’s vision and persistence and I am completely thrilled with the young people who are taking up the challenge. It will take hard work, new blood and the willingness to listen and collaborate to get where we need to go. Here’s to 30 more unconventional years!