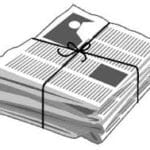 Two major Washington media outlets have come out in support of energy efficiency and Senate/House Bill 1017, which would set standards for electronic device battery chargers.

A noncontroversial bill that would save Washingtonians more than $60 million by 2018, and is supported by business, utilities and conservationists, will test the claims of bipartisanship in the Republican-controlled state Senate…

A smart, practical bill to improve efficiency standards for plumbing products and battery chargers is having trouble getting noticed in the state Senate.