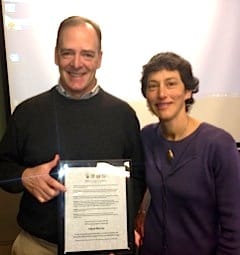 Chuck Murray, senior energy policy analyst for the Washington State Department of Commerce, has been honored by the NW Energy Coalition for his years of dedicated public service in support of energy efficiency.

The Coalition’s Board of Director voted unanimously to honor Murray during its November 2012 meeting.