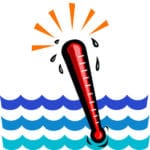 Later this summer, the Obama Administration will release the draft of its second try at a lawful plan to restore endangered Columbia and Snake River salmon and steelhead. This is the federal government’s fourth attempt since 2000 – all three previous plans having been ruled illegal. A key legal and scientific issue in this new plan will be the level of spill provided for salmon.

Fishing, conservation and business groups were heartened this past spring when an authoritative report by state, Tribal, and federal salmon managers found that eight years of court-ordered salmon spill is increasing juvenile survival and adult returns, and that expanded spill could further improve salmon survival, perhaps even to recovery levels for some Endangered Species Act-listed populations. These scientific findings give the Obama Administration a great opportunity to finally achieve a lawful salmon plan and create salmon-based jobs throughout the region at the same time – by including an expanded spill program in its new plan.

Unfortunately, fishing and conservation groups recently learned that Bonneville Power Administration, in several of its mid- and longer-term planning processes, is assuming not expanded spill nor even the current court-ordered spill that’s been in place for the past eight years, but less spill for our region’s endangered fish. In a letter sent today, 21 regional and national fishing, conservation, and business groups have asked BPA to reverse its decision to move backwards on spill, and to instead use existing spill as a minimum baseline for future plans.

By ignoring the regional consensus on the science of spill and instead working to roll back spill levels, BPA is needlessly undermining the regional dialogue about the value, role, and costs of spill – our most important near-term measure for helping salmon and steelhead as long as the dams remain in place. BPA is also missing a vital opportunity to work with others in the Columbia Basin to rebuild salmon and steelhead populations, invest in our fishing economy, provide greater certainty for utilities and ratepayers, and encourage the wider collaborations our region needs to finally resolve the intertwined challenges of energy generation and salmon restoration.