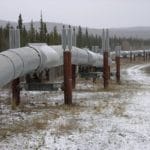 Washington, D.C. – The State Department announced today that it is reevaluating the environmental review of the Keystone XL tar sands pipeline project. The reevaluation will include consideration of rerouting the pipeline to avoid sensitive ecological areas in Nebraska. An alternative route would require a new environmental impact statement and would delay a final decision on the tar sands pipeline for as long as 18 months.

“The mere fact that the State Department is slowing down and taking a look at the dirty Keystone XL tar sands pipeline is hugely encouraging. We commend President Obama for listening to the American people and putting the brakes on what would have been a disaster for millions of Americans who want clean air, clean water and good health for their families.

“The Sierra Club is confident that when the State Dept. evaluates the true costs of this dirty project – threats to water supplies and ecologically sensitive areas, destruction of the boreal forest, dangerous carbon emissions, unsafe pipelines, and increased cancer and respiratory illnesses in communities like Port Arthur and Houston, Texas – they will reject this pipeline.

“Today’s announcement is a death knell for the Keystone XL tar sand pipeline and lands a considerable blow to Big Oil, their lobbyists, and their campaign of lies to keep Americans addicted to oil.

“Our continued addiction to oil will only destroy our land, air, water and health while keeping Americans shackled to the gas pump and beholden to Big Oil. That’s why it’s imperative that we invest in American innovation and 21st Century transportation solutions like smarter, more fuel-efficient cars and trucks, electric vehicles and transit to truly achieve energy security and a clean energy economy beyond oil.”