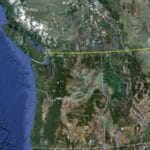 British Columbia: No report this month

Idaho Governor Butch Otter signed a package of four bills that will facilitate development of geothermal energy on state endowment lands by making contracts and lease agreements easier to obtain.

Jim Kempton to retire from the Idaho Public Utilities Commission

The Governor has chosen Paul Kjellander to replace Jim Kempton, who has announced his retirement from the Idaho PUC.

For more information on the Idaho Caucus report,

Montana: No report this month

For more information on the Oregon caucus report,

Washington: Modifications to I-937 proposed:

Gov. Chris Gregoire, public-interest groups and the TransAlta Corp. have come to an agreement regarding transition of the TransAlta coal plant in Lewis County.  The agreement stipulates:

The agreement also allows state utilities to sign long-term (5 years or more) power purchase agreements with the coal plant that are now prohibited by the state’s Emissions Performance Standard.

Legislation to codify this agreement has passed in the House and is scheduled for a Senate hearing March 22.

For more information on the Washington caucus report,