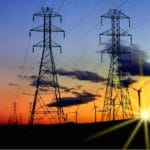 Join Smart Grid Northwest (formerly Smart Grid Oregon) on Thursday, July 24 for a launch event. The evening gathering will be hosted by Vestas in Portland, with appetizers and drinks beginning at 5:00 pm.

After introducing the new organization and some business including the election of new Board members, we’ll hear from Jon Wellinghoff, immediate past Chairman of FERC and now co-chair of the energy practice at Stoel Rives, and also from BPA Administrator & CEO Elliot Mainzer.

Wellinghoff will share his vision for a smarter grid and energy future for the nation and region. Mainzer will provide insights into the region’s most pressing energy challenges and where grid advances will have the biggest impact.

Mainzer leads the most influential energy organization in the region and Wellinghoff is an international clean tech and grid expert, so don’t miss this chance to hear their insights and meet them each personally.

Jon B. Wellinghoff is a partner at the law firm Stoel Rives LLP and co-chair of the firm’s energy team from the San Francisco Office. Prior to his present post, he was the longest-serving Chairman of the Federal Energy Regulatory Commission, first nominated as a Commissioner in 2006 by President George W. Bush, and named Chairman by President Barack Obama in 2009. Wellinghoff served as General Counsel at the Nevada Public Utilities Commission and Nevada’s first Consumer Advocate, among other roles.

During his FERC tenure, he led efforts to make the U.S. power grid cleaner and more efficient by promoting and integrating renewable energy, demand response, energy efficiency and storage. He championed FERC’s landmark Order 1000 which required grid operators to integrate solar and wind resources into the network, created FERC’s Office of Energy Policy and Innovation to promote new efficient technologies and oversaw development of the National Action Plan for Demand Response.

Regarded as an international expert on clean energy and the grid, Wellinghoff has written and lectured extensively on numerous subjects related to energy policy and practice.

Elliot Mainzer was named BPA Administrator & CEO in January 2014 but had served as Acting Administrator since July 2013. In that role, he is responsible for managing the nonprofit federal agency that markets carbon-free power from Columbia River hydroelectric dams and the region’s one nuclear plant. BPA also operates most of the high-voltage power grid across the Pacific Northwest, distributing wind and other energy to the region and beyond.

Mainzer, who joined BPA in 2002, has held a variety of management positions within the agency’s Power, Transmission and Corporate organizations, including trading floor manager and manager of Transmission Policy and Strategy. Most recently, as executive vice president of Corporate Strategy, he led the agency’s strategic planning process and provided policy leadership and cross-agency coordination on renewables integration, market design, climate change and integrated planning.

BPA, working with Battelle and other utility and technology partners, is coming near the end of its $180 million Smart Grid Demonstration Project started in 2010.

Prior to joining BPA, Mainzer established and managed Enron’s Renewable Power Desk out of its offices in Portland, Ore.