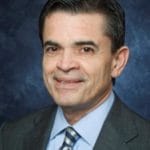 In recognition of Seattle City Light’s continued leadership in the field of energy efficiency, Superintendent Jorge Carrasco has been selected to serve on a national commission led by U.S. Senator Mark Warner, D-Va., and Tom King, National Grid USA president.

The Alliance Commission on National Energy Efficiency Policy will develop and issue a new set of national energy efficiency policies that could make the United States one of the world’s most energy-efficient economies by 2030.

“It’s an honor to be part of such an important effort,” Carrasco said. “This will not be a theoretical exercise but a means to develop real solutions to our nation’s energy challenges.”

Members of the commission have expertise across all sectors of the economy and represent different political perspectives as well as key stakeholders, such as the environmental and defense communities.

The commission was created by the Alliance to Save Energy, a coalition of business, government, environmental and consumer leaders who promote the efficient and clean use of energy worldwide to benefit consumers, the environment, the economy and national security.

The Alliance will release the commission’s final report and package of consensus policies before the end of 2012 so that it can serve as an energy efficiency blueprint for the 113th Congress and the next administration.

Carrasco’s selection recognizes a bedrock value of Seattle City Light: Conservation is at the heart of the utility’s energy strategy, often referred to as its resource of first choice.

In 2011, Seattle City Light surpassed its two-year energy savings target by 33 percent, and acquired more than 95 percent of its annual target for newly contracted energy savings with 13.1 average megawatts (aMW). The utility has set a more aggressive annual goal of 14.0 aMW energy savings for 2012.

Through its innovative Twist & Save program, City Light has successfully encouraged customers to replace energy-wasting incandescent lighting, and offers generous rebates to residential and commercial customers who take steps to save energy in their homes, buildings, and businesses. Additionally, the utility is a national leader in converting streetlights to highly efficient light-emitting diodes (LEDs), which use half the energy of conventional lighting.

Seattle City Light is the 10th largest public electric utility in the United States.  It has some of the lowest cost customer rates of any urban utility, providing reliable, renewable and environmentally responsible power to nearly 1 million Seattle area residents.  City Light has been greenhouse gas neutral since 2005, the first electric utility in the nation to achieve that distinction.