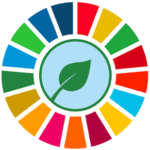 Today, the NW Energy Coalition released the following statement on President Trump’s decision to withdraw from the Paris Climate Agreement.