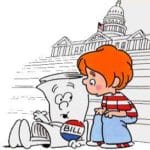 No good reason for failing to advance HB 1017, which sailed through House with bipartisan support

OLYMPIA, Wash. — A commonsense, non-controversial bill that would have cut $60 million a year from Washingtonians’ utility bills died today in the Senate Energy, Environment and Telecommunications committee.

Committee chair Senator Doug Ericksen (R-Ferndale) opted against calling for a vote on Substitute House Bill 1017, Equipment Efficiency Standards, prior to the 10 a.m. cutoff. Failure to advance the bill is a great disservice to families and businesses throughout the state.

The bill proposed efficiency standards – already adopted by California and likely soon to be adopted in Oregon – for battery chargers for electronic devices ranging from cell phones to forklifts, avoiding a tremendous aggregate waste of electricity. The bill also addressed water conservation: it required new plumbing fixtures such as showerheads, urinals and faucets to use less of our precious water resource.

By 2018, the bill’s measures would have saved enough electricity to power 38,000 homes and conserved enough water to serve 32,000 homes every year. That translates to $60 million a year in utility savings for Washington families, businesses and schools.

For battery chargers – used in nearly every aspect of our daily lives – standards are the only feasible approach to cutting the energy they waste: chargers come packaged with their electronic device, whether a phone or a laptop, and consumers cannot shop around for more efficient alternatives.

SHB 1017 won bipartisan support in the House. It would have cost the state virtually nothing. It would have protected Washington from becoming a dumping ground for inefficient devices as the California and Oregon standards take effect.

“Today, the Senate’s Majority Coalition Caucus promise to overcome partisan gridlock proved an empty one,” said NW Energy Coalition policy director Nancy Hirsh. “A bill that would have benefitted all Washingtonians has failed for no good reason.”

HB 1017 is part of the state environmental community’s Clean Energy Solutions priority. Its adoption would have reduced climate pollution 285,000 tons per year by 2018 — more than any other bill this legislative session.