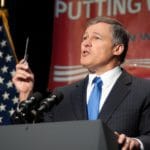 “Energy efficiency means an improved bottom line for industries, and I am proud of the commitment toward innovative energy savings demonstrated by tonight’s awardees,” said Governor Jay Inslee. “A strong economy and a cleaner environment for future generations are certainly important, and a thriving industrial sector helps create and maintain jobs in our state.”

“Industry leaders are facing increased pressure to reduce operating costs, and to do business in a more sustainable fashion,” said Jake Fey, director of the Washington State University (WSU) Energy Program. “The most innovative are realizing that enhanced energy efficiency allows them to meet and accomplish both of these goals.”

“BPA is proud of the energy achievements by the companies within public power’s territory that are being honored tonight,” said Richard Génecé, vice president of Energy Efficiency for the Bonneville Power Administration. “Their commitment to saving energy is indicative of the innovation and leadership that has made the Northwest a national leader in energy efficiency, and the example they set provides a roadmap for industrial organizations throughout the country to follow.“

A total of 17 applications were submitted in consideration for an award, according to Christine Love, WSU Energy Program industrial services manager. “The selection committee members agreed that each application highlighted some impressive accomplishments for the nominating businesses,” she said. “Each company that submitted an application can be proud of their efforts. Tonight’s Governor’s award winners represent the companies that ranked highest among this inspiring group.”

In addition to the Governor’s awards, four utility Sponsor’s awards were also presented. Microsoft from Redmond, Wash., received acknowledgement for Leadership by Example, and Sonoco Products Company from Sumner, Wash., and Cardinal Glass from Tumwater, Wash. were each honored for Leadership in Innovation – all served by Puget Sound Energy. Foster Farms from Kelso, Wash. – served by Cowlitz Public Utility District – was recognized for Leadership in Energy Performance.

The winners of the second annual Washington Industrial Energy Leaders awards will also be recognized during a special session at the Sixth Annual Northwest Industrial Energy Efficiency Summit on Jan. 15, 2014, in Portland, Ore.

BPA is a not-for-profit federal electric utility that markets more than one-third of the electricity consumed in the Pacific Northwest. The power, produced at 31 federal dams and one nuclear plant in the region, is sold to more than 140 Northwest utilities. BPA operates a high-voltage transmission grid comprising more than 15,000 circuit miles of lines and associated substations in Washington, Oregon, Idaho and Montana with more than 480 customers.