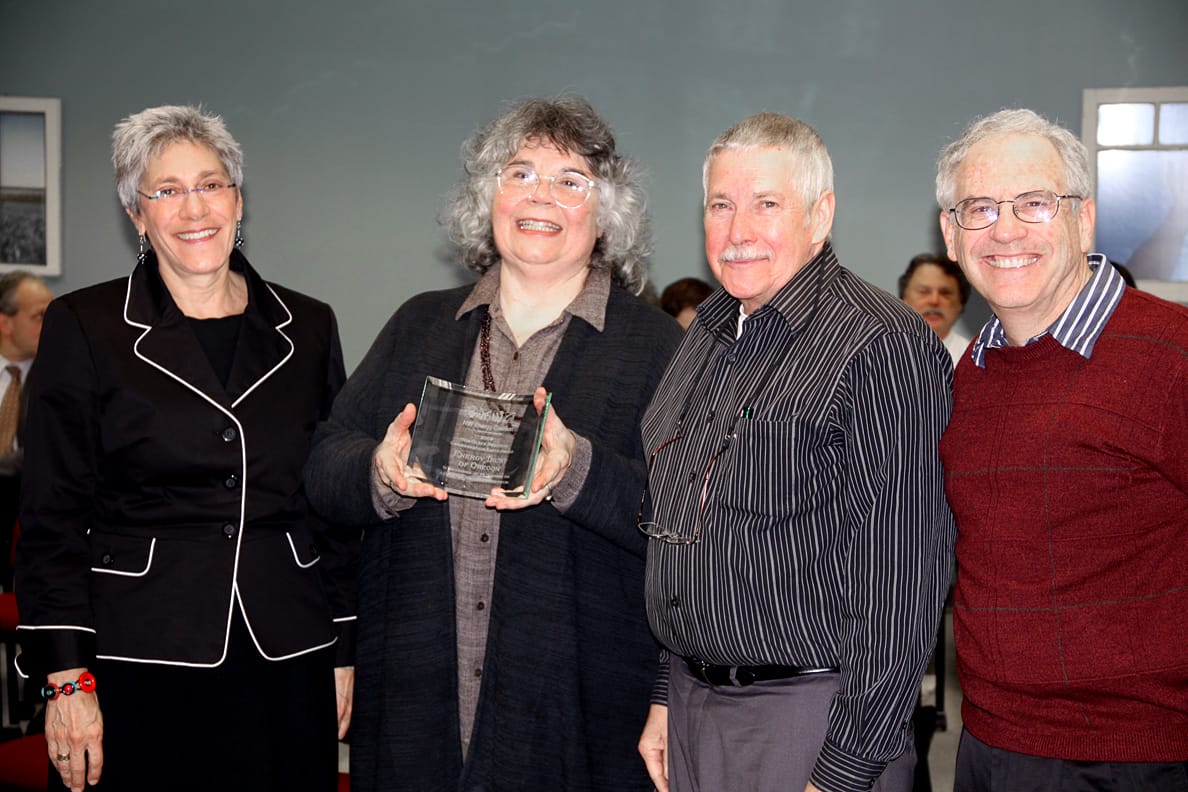 Photo courtesy of the Energy Trust of Oregon

The Eagle is NW Energy Coalition’s highest honor, awarded annually by the Coalition board to recognize individual or organizational leadership for a clean and affordable energy future. Click here for a list of past award winners.

During the April 7 award presentation, Patton noted that ETO services, incentives and investments have saved Oregon gas and electric customers more than $440 million in energy costs since 2002, created more than 1,800 Oregon jobs and stimulated $9.1 million in new business income. Its programs are now keeping an estimated $3 million tons of carbon dioxide out of the atmosphere.

The Conservation Eagle award is named for former Coalition chair Bob Olsen, a longtime public utility district commissioner in Washington state who dedicated more than 20 years of his life to securing regional investments in cost-effective energy efficiency and to protecting energy consumers.

Posted in News, Oregon
← Realizing the Power of EfficiencyWorking Snake River for Washington advocates for solutions that meet the needs of all those with a stake in Columbia Basin salmon recovery →