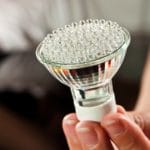 Ralph Cavanagh, Natural Resources Defense Council – Throughout a long presidential election season in which both sides constantly invoke “all of the above” as the energy policy of choice, neither campaign has paid much — if any — attention to our fastest, cheapest and cleanest source of new energy supply: energy efficiency, a term encompassing all the ways to get more work out of less energy.

The candidates have pretty much ignored our electric and natural gas utilities, too, but these companies have more than doubled their energy efficiency investments in just the past four years to a surprising $8 billion annually.

That’s right — $8 BILLION to be spent in ways to get their customers to use less of what most would consider the utilities’ principal products: kilowatt-hours of electricity and therms of natural gas. But utilities know better; their real product is reliable and affordable energy services, and everyone benefits if those services can be delivered at lower cost by devices and buildings that need less energy.

Utilities’ growing energy efficiency commitment reflects a long and productive history of U.S. efforts dating to the 1970s that shouldn’t be ignored by those vying to lead our nation, the energy industry or consumers, themselves.

They also must not overlook the fact that we’ve barely broken a sweat on the energy efficiency front. We need everyone in leadership positions, from national to local, to recognize and support this non-polluting and relatively cheap energy resource.

To better understand this enormous potential, look at how far we’ve come.

Since the first huge global oil supply disruption in 1973, our economy has tripled in size but our energy use has increased by only a third, thanks in part to efficiency improvements in everything from cars to refrigerators. We’ve also more than halved the amount of energy required to produce a dollar’s worth of U.S. economic output in the form of goods and services.

And consider this: by making the energy we use work smarter, we’ve saved more energy from efficiency improvements than we produced form all our new power plants, gas wells and oil fields since 1973.

And we did it by saving energy at a small fraction of the cost of producing those conventional supplies, while sustaining efficiency momentum even when the price of energy declined. If we had relied solely on energy prices to drive cost-effective energy efficiency, progress would have been slow to nonexistent. Instead, we used combinations of incentives (delivered through tax codes and utility company payments to customers) and steadily upgraded efficiency standards at both state and federal levels. For example:

Coordinated standards and incentives are the reason why today’s sleek multi-function refrigerator needs less than a third of the electricity of the avocado 1970s version to cool our food, and why this year’s TV is at least 50 percent more efficient per square inch of flat screen than its four-year-old equivalent.
Many light bulbs today are required to beat the century-old Edison equivalent by 28% in illumination delivered per kilowatt-hour, and the improvement is more like 50-75% for most of the newer technologies.
With strong support from the industry itself, federal regulators have issued fuel efficiency standards requiring that by 2016 the typical new car will get 36 miles per gallon by 2016, compared to less than 14 in 1975. By 2025, we’ll be at almost 55 miles per gallon. The best antidote to pricey gasoline is needing a lot less to get around.
These are just a few of the areas where we’ve made energy efficiency progress, but scientists and researchers are convinced so much more is possible. And while it’s surprising that Barack Obama and Mitt Romney haven’t been talking about efficiency as our fastest, cheapest and cleanest source of new energy, at least we know we don’t have to fear partisan discord on this issue. No matter who wins in November, at whatever level of government, the right approach isn’t betting our limited resources on “all of the above.” Let’s embrace instead the principle that the Pacific Northwest’s utilities used to identify energy efficiency as their resource of choice: “buy only what you need, and buy it as cheaply as possible.”

You can read this article and others at Ralph Cavanagh’s NRDC blog.