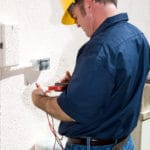 OLYMPIA, Wash. – Costs for meeting the state’s renewable energy targets are going down for all three of Washington’s investor-owned electric companies.

The companies told the Utilities and Transportation Commission (UTC) they are on track to meet the state’s renewable energy requirements, and are reporting lower costs to meet those requirements.

“These filings reinforce the trend that we have been seeing since the Energy Independence Act (EIA) requirements took effect in 2012,” said David Danner, chairman of the UTC. “Washington’s investor-owned utilities are making investments in clean energy with minimal additional costs to ratepayers.”

The EIA, approved by Washington voters in 2006, requires qualifying electric utilities to obtain a certain percentage of their electricity from eligible renewable resources, including wind, solar, and hydro power.

As part of the EIA requirements, Avista, Pacific Power, and Puget Sound Energy (PSE) filed reports with the commission detailing their renewable portfolios and how each utility will supply at least 3 percent of its electric load for 2015.

The three-member commission determined that all three utilities complied with the state renewable resource standard.

Each company will file a final compliance report by June 1, 2017.

Pacific Power is a division of Portland-based PacifiCorp and is owned by MidAmerican Energy Holdings Co. of Des Moines, Iowa. The company provides electric service to about 132,000 customers in five Eastern Washington counties: Kittitas, Columbia, Garfield, Walla Walla, and Yakima.