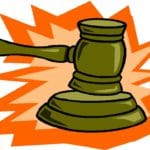 OLYMPIA, Wash. – A combination of rulings that some are calling the most important utility regulatory decision in decades paves the way for Puget Sound Energy to boost energy efficiency savings, make low-income families’ homes more livable and facilitate a fair and orderly end to coal-fired power production in the state.

The Washington Utilities and Transportation Commission, which regulates Washington’s utilities including PSE, on Tuesday adopted innovative ratemaking mechanisms supported by UTC staff, NW Energy Coalition, PSE, and The Energy Project. The ruling allows PSE to help its customers to save even more energy and money, and to move away from coal and other highly polluting energy sources. It also addresses PSE’s fiscal challenge of declining per-customer power use.

“This is a win for everyone who cares about reliable, affordable and clean energy services in the PSE service territory,” said Natural Resources Defense Council senior attorney Ralph Cavanagh, who provided expert testimony on behalf of the Coalition. “It’s also an important precedent for the rest of the state, region and nation.  The Commission has acted decisively to end a long-standing conflict of interest between PSE shareholders and customers over efficiency measures that reduce both polluting emissions and utility bills.”

Amanda Goodin, the Earthjustice attorney who represented the Coalition on the decoupling aspect of the case, said the decision “sends a clear signal that energy efficiency is the way forward in Washington. Increasing energy efficiency is cheaper than building a new power plant and avoids tons of unnecessary pollution. It’s really a no-brainer.”

With the financial disincentive to efficiency removed, PSE will be on a course to increase electricity savings by at least 5% from its already robust conservation programs, which include such measures as rebates for high-efficiency appliances and insulation projects. PSE will make available an additional $500,000 for weatherization of low-income homes.  The order also requires the utility to increase its low-income bill assistance funding by $1.5 million, to a total of $21.7 million each year.

In a separate order issued Tuesday, the UTC finalized approval of PSE’s proposed purchase of “coal transition power” from the TransAlta power plant in Centralia, Wash. Negotiations with the Coalition, other environmental organizations, the State of Washington and others in 2011 led to TransAlta’s agreement to end coal burning at the plant, half by 2020, the rest by 2025. Funding of worker transition and community economic development efforts to ease the pains of plant closure depend on ensuring sales of Centralia power in the interim period.

“Allowing PSE to make this purchase helps to realize the agreement we made with TransAlta and the State to end coal burning for power in Washington, as well as to help plant workers and the local community through the transition,” said NW Energy Coalition policy director Nancy Hirsh. “Not only is this power contract good for people and the environment in the long term, it turned out to be the most competitive generation resource choice for PSE.”

The Commission approved the rate adjustments included in the proposals: an initial 3.4% increase in residential electric rates and a 1.7% rise in residential natural gas rates, followed by additional increases of about 1% per year for both groups of customers at least through 2015. The rate plan also covers commercial and industrial customers.

“Rate hikes are hard on people, especially families struggling to make ends meet,” Hirsh said. “But the utility needs to cover its rising base costs to provide all its services and stay solvent.

“Hopefully, by taking advantage of the company’s energy efficiency programs customers can still lower their bills despite higher rates. That’s why removing a barrier to those programs and increasing PSE’s commitment to low-income weatherization and bill assistance is so important.”

The order, Cavanagh added, “should ensure that PSE remains a regional and national leader in delivering cost-effective energy savings to its customers.”

The Natural Resources Defense Council (NRDC) is an international nonprofit environmental organization with more than 1.4 million members and online activists. Since 1970, our lawyers, scientists, and other environmental specialists have worked to protect the world’s natural resources, public health, and the environment. NRDC has offices in New York City, Washington, D.C., Los Angeles, San Francisco, Chicago, Livingston, Montana, and Beijing. Visit us at www.nrdc.org and follow us on Twitter @NRDC.

Earthjustice is a non-profit public interest law organization dedicated to protecting the magnificent places, natural resources, and wildlife of this earth, and to defending the right of all people to a healthy environment.