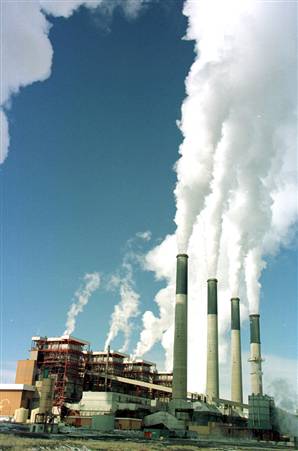 The Snake River Alliance has released the first of two reports on the use of coal-fired generation by Idaho’s three electric utilities.

The report, “Idaho’s Dangerous Dalliance with King Coal,” notes that the utilities own or have a stake in no fewer than 29 out-of-state coal plants, the bulk of which are owned or partly owned by PacifiCorp, which does business in eastern Idaho as Rocky Mountain Power. Idaho’s reliance on coal for about 45 percent of its electricity generation is roughly the same as the national average, despite the abundance of hydropower generation in the state. The report clears up a common misconception that most of Idaho’s electricity comes from hydropower plants, and also the oft-repeated claim that Idaho’s per capita carbon footprint is the lowest in the nation.

“While it is technically accurate because it is based on “state-by-state emissions” of climate-changing greenhouse gases, claims of Idaho’s remarkable low carbon footprint collapse completely when it becomes evident that a huge chunk of Idaho’s electricity comes from out-of-state coal-fired power plants,” the Alliance report says. “So the emissions associated with Idaho’s electricity consumption are not credited to Idaho, where they belong. Instead, the coal plant emissions from power imported to Idaho get credited to the unfortunate states where the plants are located.”

Oregon’s lone coal plant at Boardman and Washington’s lone plant at Centralia are now scheduled for early decommissioning in 2020 rather than 2040, as utilities plan to shed the remnants of their dirty coal power. In contrast, Idaho Power, PacifiCorp, and Avista are planning for business as usual, injecting billions of customer dollars into their aging coal fleets to keep them in compliance with state and federal environmental laws. Those are dollars that could be used on expanded energy efficiency and renewable energy investments, the Alliance report says. The second report, to be issued prior to the 2012 Legislature, will document in more detail how the power from the coal plants can be replaced with clean energy alternatives.