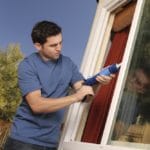 Bonneville Power Administration’s Energy Smart Industrial Program has been honored with a 2013 Champion of Energy Efficiency Award by the American Council for an Energy-Efficient Economy (ACEEE).

The award, one of four given this year, recognizes “leadership and accomplishment in the energy efficiency field,” according to ACEEE. “Winners are selected based on demonstrated excellence in program implementation, research and development, energy policy or private sector initiatives.”

ACEEE honored the BPA program and its administrator, Jennifer Eskil, as an exemplary program producing impressive results on an aggressive schedule.

BPA plays a critical role in assuring that Northwest utilities and their customers realize the maximum amount of achievable energy savings and meet the region’s savings goal of the Sixth Northwest Power and Conservation Plan.